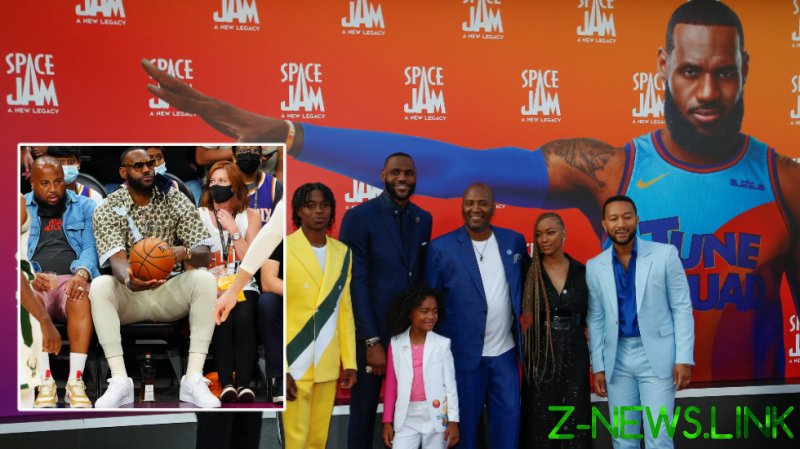 The follow-up to the 1996 original cost $150 million to make and has been widely criticized by critics and viewers, earning a current rating of just 4.2 on cinema oracular the Internet Movie Database so far.

The LA Lakers star used his hugely-followed social media platform to share the news that ‘Space Jam: A New Legacy’ will head into next week as the US’ number one-performing film after earning $32 million and seeing off stiff competition by beating ‘Black Widow’.

“Hi, haters,” he wrote as a caption alongside a grinning emoji, only for his detractors to suggest that the figure represented a “flop” for a sequel.

“A mega flop,” emphasized one. “The film cost $150 million plus who knows how much for promotion? Box office bomb.

“Nothing to brag about at all, especially since it needs to make 2.5 times its budget. Mega ouch, LeBron.”

“A New Legacy is legitimately the worst movie I’ve ever seen in my life,” said another, with one reader adding: “It’s weird to have the number one movie and address your haters, not your fans.”

Elsewhere, James was amused by a post from a reporter suggesting that he had been allowed to “bring his own bottle of tequila into the arena” alongsode a photo of the veteran at the NBA finals.

“Ridiculous double standard,” an Anti-James punter pointed out. “Anyone else would be arrested for bringing their own liquor or glass bottle in. And nice wide stance to infringe upon that lady’s personal space next to him. Always all class, Bron.”

“Why would you even want to come to the game after getting knocked out of the playoffs?,” one reader asked, accusing James of setting a bad example.

James, who is known to have a deal with a tequila brand, feigned surprise at the development. “They let me?” he asked.