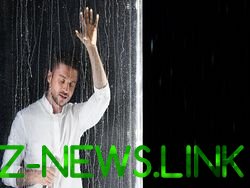 TEL AVIV, may 19 – RIA Novosti. The singer Sergey Lazarev sees some bias against Russia, which affects the results of the “Eurovision” and does not allow her to become a winner.

Final performances of participants of “Eurovision” took place on Saturday in tel Aviv, for the title fought by representatives of 26 countries. Lazarev made under the fifth number, presenting at a high level your number with the song Scream, and took third place.

“I don’t know what should be done to Russia… I see some kind of bias, it may be, to the policy of Russia, maybe even to the country… Although, with regard to journalists, to give them credit: this year I got much less political issues. Very friendly have been configured and fans, and the media,” – said Lazarev reporters.

The singer added that he was “caressed by the attention” of the audience, so in this respect he has nothing to complain about. “Jury – maybe they just don’t like, is also possible. I don’t know the participants were worthy, diverse, different, the competition was very serious this year”, – concluded the Lazarev.

According to the artist, was the country, which again refused to consider a room Russia, for example, Georgia. “I’d like to see how viewers voted in those countries where the jury gave 0 points,” – said Lazarev.

The Eurovision song contest, the third time was in Israel. The official opening took place in Central tel Aviv, where representatives of the 41 national delegations solemnly marched on the “orange carpet”. This year’s motto – Dare To Dream, calling to dream boldly.