Large-scale road accident in the Dnipropetrovsk region: collided with 9 cars 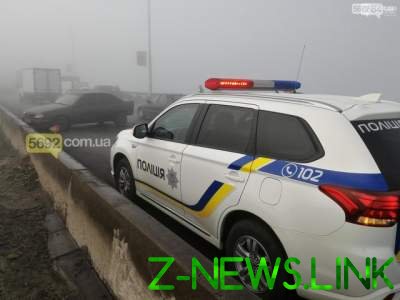 On the morning of 17 November at the bridge across the Dnieper river in Kamenskoye was a big accident, which hit nine cars and a passenger bus.

According to preliminary data, the accident occurred due to fog and slippery roads.

In a collision between the automobiles of Opel, Lexus, VolksWagen, Cherry, Cevrolet, Ford, two Vase, van and Shuttle bus the GROOVE.
It is also reported that after the accident, several drivers and passengers needed the help of doctors, but there were no serious injuries.

One of the consequences of the accident were huge traffic jams which were formed at the entrances to the bridge and on surrounding roads. 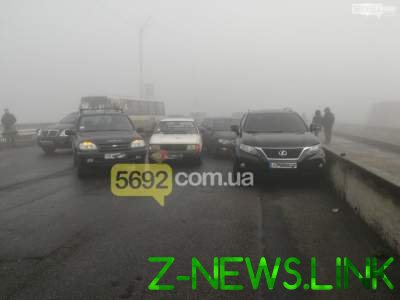 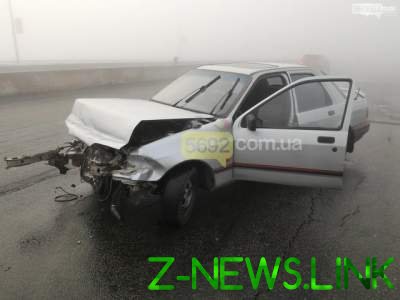 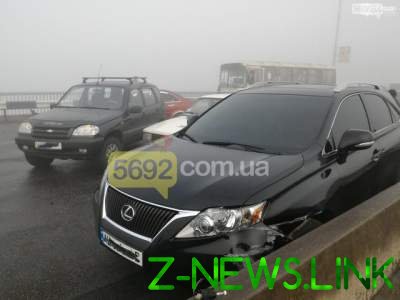 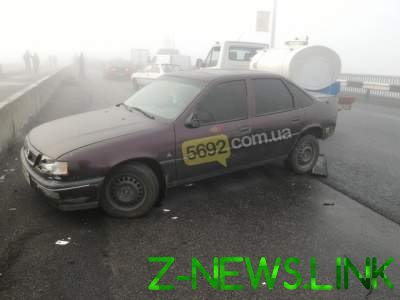