Lamborghini has announced a new model 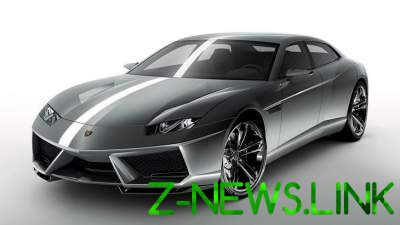 The company is developing a fourth model line.

CEO of Lamborghini Stefano practically confirmed that the Italian company is preparing to introduce a fourth model to its lineup by 2025.

In an interview with Domenicali confirmed that the company is working on a model 2+2 Grand Tourer, and it should raise annual sales of Lamborghini up to 10 thousand units.

We will remind, not so long ago, Lamborghini launched SUV Urus, which has become the third model line after the hypercar Aventador and Huracan, and in the end, in 2018, the company sold a record 5750 vehicles. However, with the promotion of Urus Domenicali hopes to get closer to around 8,000 units per year.

In General, the introduction of the fourth model, especially in the body of the Grand Tourer with the landing formula 2+2, would help the Italians to easily increase sales, and inspiration for the model could be a conceptual model of the Estoque, presented 10 years ago.

Now Domenicali did not talk about the power plant new items, but given the development of the automotive industry in General, and future hybridization of Lamborghini models, likely we can expect a hybrid layout of the motor.