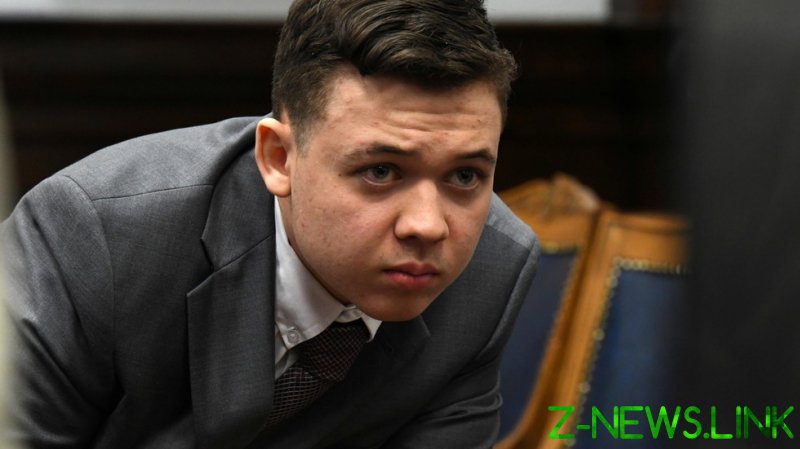 “I’m gonna get a lot of hate for this, but I was a pretty big Andrew Yang supporter before all of this,” Rittenhouse told Fox News host Tucker Carlson on Wednesday. “I was part of the Yang Gang.”

Rittenhouse’s admiration for a non-white, progressive candidate with immigrant parents is ironic, given that he was portrayed by media outlets and Democrat politicians as a far right vigilante who traveled to Kenosha, Wisconsin, in August 2020 to shoot people at a Black Lives Matter protest. The 18-year-old last week was acquitted of homicide and related charges in connection with the shootings, which left two rioters dead and one injured, after jurors apparently believed Rittenhouse’s claims that he acted in self-defense.

Given that Rittenhouse was 17 at the time, it’s not altogether surprising that he was drawn to Yang, who resonated with many young Americans by championing universal basic income payments to offset coming job losses to automation. In fact, Yang – who has since become an Independent – was more reliant than any other Democrat candidate on young voters, drawing the vast majority of his support from people under 30.

“He’s a good dude,” Rittenhouse said of Yang. He added, “I liked his policy a little bit. Very intelligent.”

Rittenhouse said he wasn’t into politics and didn’t know much about Democrat nominee Joe Biden or then-President Donald Trump. He said he went to a Trump rally because of the president’s support of police.

Asked whether his experience standing trial had changed his politics, Rittenhouse said, “I’ve been trying to stay out of politics completely” but acknowledged there would be people who don’t support him “no matter what.”

Nevertheless, conservative politicians are trying to score political points on Rittenhouse’s acquittal. At least two Republican US House members have made internship offers to the teenager.

Trump met with Rittenhouse on Tuesday at his Mar-a-Lago club in Florida and called him “a nice young man” who “would have been dead” if he hadn’t shot his three attackers. That assessment was a far cry from the views of President Biden, who previously condemned Rittenhouse as a white supremacist and said he was “angry and concerned” by the verdict.

Rittenhouse said he found it “sickening” that two of the rioters he shot, Anthony Huber and Gaige Grosskreutz, were described as heroes. “It’s on video that they attempted to murder me in the middle of the streets.” He argued a message was being sent that rioters will be supported by the media and if their innocent victims defend themselves, “you’re named a hero.”