Kremlin reveals when Putin and Biden might meet again 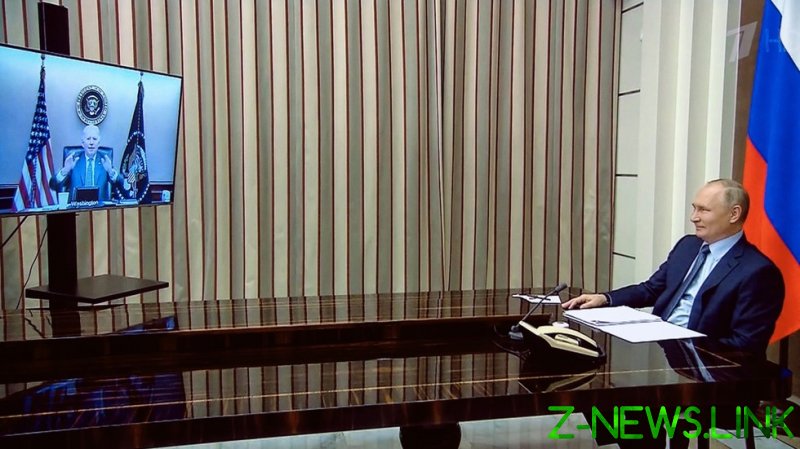 “There is such a possibility,” spokesman Dmitry Peskov told journalists, when asked by news agency Interfax whether another meeting between Putin and Biden could happen before 2021 is over. He added that “talks might very well take place” in the near future.

Peskov added that there have been no “specific arrangements” made, however.

Earlier on Wednesday, Biden said more personal talks with Putin, in the near future, were not out of the question. Answering a question from the Russian TASS news agency, the US president added that he plans to talk to the Russian leader “for a long time” next time he has the chance.

The two leaders held a discussion, via video link, on December 7, with the call lasting about two hours. Afterwards, the Kremlin said that the two presidents still had unfinished business.

Putin and Biden discussed the Ukrainian conflict, NATO’s expansion, and the tit-for-tat sanctions. The Kremlin said that the Russian president asked for legal guarantees that NATO won’t expand further eastwards or deploy offensive weapons to countries like Ukraine.