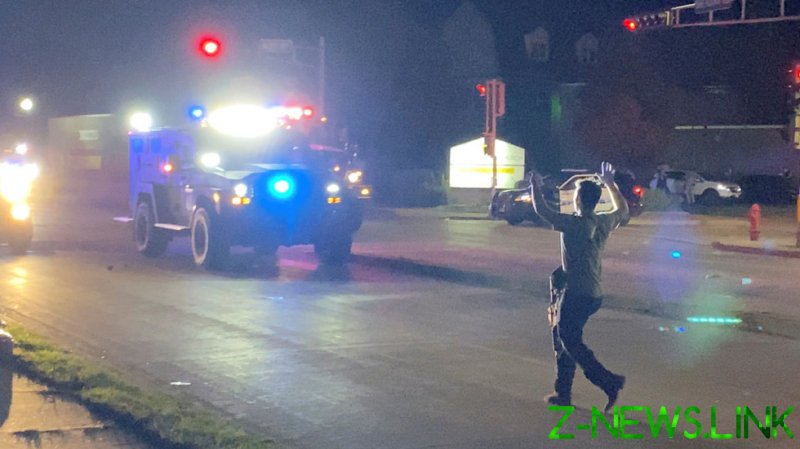 Kyle Rittenhouse, 17, was charged on Thursday after being taken into custody the day prior, suspected of killing two protesters in Kenosha and wounding a third on Tuesday night.

In addition to first-degree intentional homicide and attempted murder, he faces two charges for reckless endangerment, reckless homicide and the possession of a dangerous weapon by a minor.

A criminal complaint filed on Thursday in the Kenosha County Circuit Court noted that the intentional homicide charge could result in “imprisonment for life,” while two of the other murder-related counts carry maximum sentences of 60 years

Despite his young age, Rittenhouse is unlikely to be tried as a juvenile in the Wisconsin criminal justice system, which automatically treats all suspects older than 17 years as adults, one of only a handful of states in the nation to do so. Tuesday night’s shootings, which were captured in a number of videos and livestreams that have circulated online, have stoked fierce debate over whether Rittenhouse acted in self-defense. While it remains unclear exactly what set off the confrontation that ended in gunfire, footage taken just prior to the first shooting shows the teen being chased by a group of individuals, one of whom hurls an object at Rittenhouse. Video filmed just moments later, after the first shots were fired, also shows that one of the men chasing the teen was armed with a handgun, while another attempted to hit him with a skateboard.

The teen was not immediately taken into custody following the fatal shootings, after which he fled to his hometown of Antioch, Illinois, immediately across the state border some 20 miles away from Kenosha. He was later apprehended by Illinois authorities, who accused him of fleeing arrest to avoid being prosecuted. His extradition hearing is set for Friday, where a court will decide whether to transfer him to Wisconsin to be tried.

Unrest erupted in Kenosha on Sunday night, after resident Jacob Blake, an African American man, was shot seven times in the back by police during a domestic disturbance. Blake survived the incident, but footage of the shooting soon went viral and stoked a wave of public outrage, closely mirroring events in Minneapolis following the police killing of George Floyd. Protests in Kenosha on Sunday led into several nights of riots, looting and arson, seeing dozens of buildings torched and vandalized, as the state government deployed hundreds of National Guard troops to quell the chaos, which had largely died down by Wednesday night.