Home / INCREDIBLE / Jupiter’s magnetic field is dependent on the wind 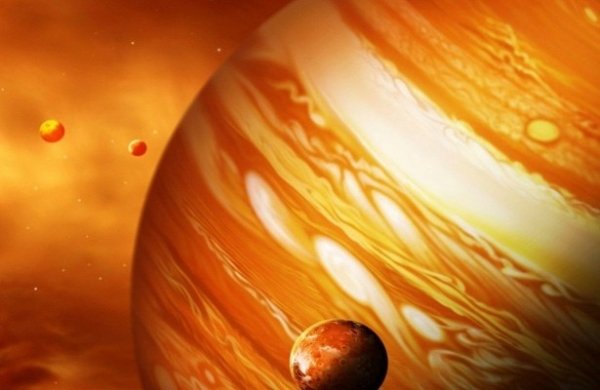 The researchers compared data from past NASA missions to Jupiter.

Probe Juno in orbit around the gas giant in 2016, found a noticeable change of its magnetic field, compared with the pattern that was was a “Pioneer” and “Voyager” in the 70-ies of the last century. Obviously, this puts Jupiter in a rather short number of planets in the Solar system, which not just has a magnetic field, but the field is rapidly changing. Scientists, of course, began trying to explain the phenomenon.

The Earth’s magnetic field is changeable, to the point that its poles sometimes change places. The course of these processes well studied from paleomagnetic data, with the reasons more complex — models available to them, in General, explain, but, it is possible that not until the end. Mars and Venus significant magnetic fields has never been that probably affected the fates of these planets is the atmosphere of Mars blew all the solar radiation, and Venus has significantly changed its composition. A powerful magnetic field is Jupiter and Saturn, but the magnetism of the past was studied for a relatively short time. But fresh data for Jupiter is already possible to compare with the old.

Data analysis the Juno probe showed that Jupiter’s magnetic field is subject to secular variations, about the same as earth’s.

“Secular changes in the magnetic field was in a highly desirable scientists and planetary scientists for decades,” says Scott Bolton (Scott J. Bolton), principal investigator of the Juno mission from southwest research Institute in San Antonio. “This discovery could only happen thanks to the extremely accurate scientific instruments “Juno” and the unique shape of its orbit that allows you to pass low over the planet.”

The researchers compared data from past NASA missions to Jupiter (Pioneer 10 and 11, Voyager 1 and 2) with a new model of Jupiter’s magnetic field (called JRM09). The new model was based on data collected during the first eight turns of the station around Jupiter.

It turned out that the modern magnetic field of Jupiter is not very strong, but noticeably different from what was recorded four decades ago.

Scientists believe that the reason for changes may be atmospheric flows of Jupiter, stretching from the visible surface of the planet to a depth of 3,000 kilometers, where the hydrogen gas is liquefied under high pressure. It flows under the action of strong winds may be the cause of magnetic field fluctuations. This is indirectly confirmed by the fact that the greatest changes in the magnetic field recorded in the region of the Great red spot.