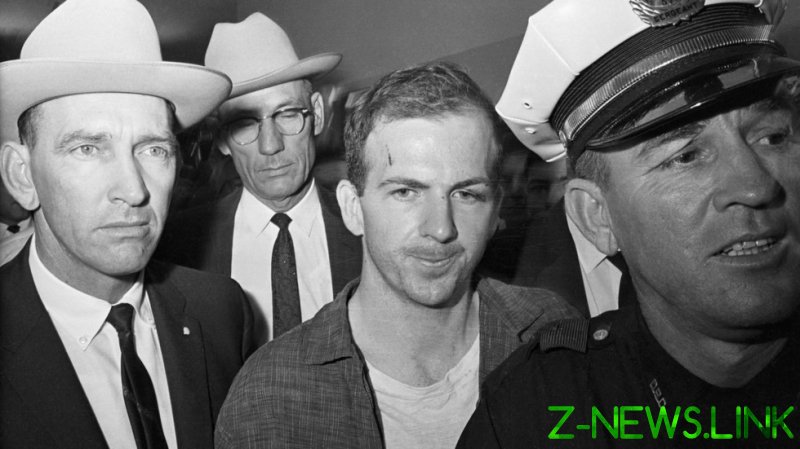 Klippenstein reached out to Rep. Matt Gaetz (R-FL), American Conservative Union Chairman Matt Schlapp, and conservative author Dinesh D’Souza with a picture of his “veteran grandpa” on Monday, as Americans were celebrating Memorial Day, a federal holiday for honoring fallen US military personnel.

“Sir, my grandpa’s a big fan of yours and is a veteran, he would be thrilled if you could RT this photo of him for Memorial Day,” Klippenstein wrote, attaching a military photo of Lee Harvey Oswald – who served as a US Marine before assassinating President John F. Kennedy in November 1963.

Though Klippenstein has become known online for his pranks – which include tricking former Acting Director of National Intelligence Richard Grenell into thanking a convicted war criminal for his service – Gaetz, Schlapp, and D’Souza all fell into his latest trap and enthusiastically complied with the request.

Gaetz posted an emoji of the US flag in his retweet of Oswald’s photo, while D’Souza merely retweeted. Schlapp went one step further, commenting that it was his “honor to retweet the photo of a veteran on a day we remember his fallen friends.”

The tweets soon went viral on Twitter, with “Lee Harvey Oswald” becoming one of the social network’s top trending topics.

While many social media users found the humor in Klippenstein’s prank, conservative commentator Candace Owens accused the journalist of “making a mockery of a day that is meant to memorialize men that died so that you and other anti-American leftists can laugh at their sacrifices.”

Owens also called Klippenstein “deranged” and accused him of “photoshopping a murderer” into a military uniform – despite the fact that Oswald really did serve in the military.

Klippenstein responded by calling Owens “politically correct” and declaring, “I for one believe in free speech.”

Klippenstein – who worked at the Nation and the Young Turks before joining the Intercept this year – has become known for his political trolling. In addition to his three Monday victims, he has previously also tricked former Rep. Steve King (R-IA), and author Naomi Wolf with similar Twitter pranks.