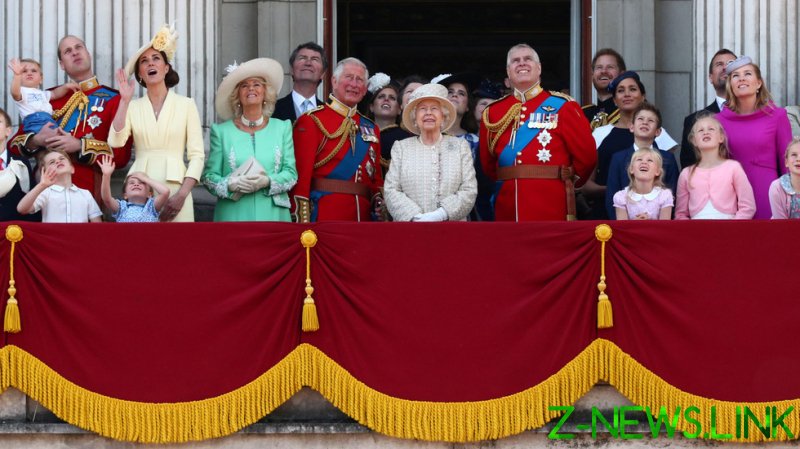 It’s time to get rid of the royal family. I’m not calling for a Bolshevik-style solution – no one wants to see Prince Charles in a basement in his night dress, but what’s needed is a real solution to the problem of the British class system. It cannot be solved or even seriously challenged unless the strata of aristocracy at the very top of it is gone.

I am in favour of completely defunding them, and stopping the drain on us taxpayers to fund their lavish lifestyles. I mean they’ve got 26 homes – castles, palaces, estates – and vast tracts of land they call their own, but which are ours really. Does anyone really think the recently announced plan by Prince Tired-Of-Waiting-To-Be-King, aka Charles, Prince of Wales, to open up royal residences like Buckingham Palace, Kensington Palace, Windsor Castle, Balmoral, etcetera, from ‘private spaces to public places’, is about altruism and reform? Blah, it’s a simple make-more-money scheme – he’s going to charge us £60 a head for the privilege of visiting buildings we already own. The brazen Prince of Plunder, anyone?

It’s not as if cutting them off from the golden tit of taxpayers’ funds – annual dole out around £70m – would leave them sleeping on the streets like some of their subjects have to. As the wayward Prince Harry and his wife, Meghan, are demonstrating, they could all easily make very decent livings becoming influencers on social media – imagine the Duchess of Cambridge’s potential revenue on OnlyFans, for example.

There is a very serious side to this, however. Since the beginning of the Covid pandemic, the lockdown restrictions and deaths have sharply framed how unequal and unfair life is as an ordinary British person. We’ve seen the working class suffer the worst consequences of the pandemic, whether through disproportionately dying from the virus, losing their jobs and income, becoming homeless, or suffering with poor mental health – reports and research have documented exactly that in the last 15 months.

Boris Johnson, 95-year old Queen Elizabeth’s 14th prime minister during her long reign, has promised to “build back better” after the pandemic, and has talked of “levelling up”, particularly to help the areas of the north of England that helped secure his now 81-seat majority in parliament.

Yet it will most likely amount to a few crumbs here and there, as it always has been ever since the royals got lucky and scrambled back onto their golden tickets, sorry, thrones, after Oliver Cromwell chopped the head off another King Charles back in 1649.

We seem unable as a society to think in a wider context about the levels of inequality in the country and how realistically we can tackle them. Short term policies, quick fixes, and even an acceptance by a Tory Party that once devastated the North of England that there is now a need to level up, are all on the table. But the real, fundamental change we need – the very structure of our society, its hierarchical construction, its privilege-by-birthright, its unelected House of Lords – is forever left in place to restore and gorge itself on our wealth creation.

Having, at the top of this pile, an extremely privileged, almost deified, accident-of-birth family is not conducive to making or winning the argument that we have a society where equality and dignity and fairness are its guiding principles, as some politicians like to claim. Yet these principles are essential in any decent society.

In recent years, the dysfunctional British Royals have rarely been out of the public consciousness, with their marriages, divorces, births, arguments and scandals – they have a traditional role to fill in the pages of tabloid newspapers. They are the royal Kardashians – even if they were to no longer rule this island, there’s definitely a big future for them in this age of social media, influencers, and opportunities to sell their very essence in their very own podcast or video. (Which, by the way, quashes the argument of Royalists who argue that tourism to the UK would plummet if the Windsors were deposed – people would still flock here to visit their haunts, hoping to catch a real-life glimpse of YouTuber stars like William, Kate, George, Charlotte or Louis).

It would also be a very familiar role for a family which knows it has to constantly appear relevant or it will die.

The younger Royals have become very skilled at this – fusing their charity work, family life and state responsibility (or as they now call it ‘their service’) into easy packages for us to consume. Sadly, it appears to be working for them – which is perhaps not good news for Republicans like me. Our argument that an archaic elitist set of blue bloods is not conducive with a forward looking, fair and equal Britain has long fallen on deaf ears.

Those on the Labour Party left also appear to have lost their convictions that abolishing the monarchy is a good thing. Even that grizzly old socialist, the then Shadow Chancellor John McDonnel, backed a plan in 2016 for a revamp of Buckingham Palace at a cost of £369 million to the British people.

The public are traditionally even worse: they generally (and wrongly) view the Royals as powerless, mostly symbolic and even positive role models.

But there is hope. A recent poll revealed that young Britons are no longer enthralled with the monarchy and would rather do away with it, with 41% of people aged 18 to 24 preferring an elected head of the state as compared to 31% who wanted a king or a queen, a role reversal from two years ago.

This may reflect the elitist nature of the royals and what they represent – a society that is undemocratic, backwards and unfair – and/or it may also be a result of the deep and scandalous travails they have been involved in recently. It is a family beset by extraordinary internal and external strife. Prince Andrew’s friendship and involvement with the convicted elite paedophile Jeffrey Epstein remains unresolved, Harry and a ‘suicidal’ Meghan have fled the ‘firm’ and the country amid accusations of racism and of being cut off, and the issue of the death of Princess Diana, Harry and William’s mother, almost 24 years ago, continues to haunt them.

William only last week went to war with the BBC and, in particular, one of its journalists, Martin Bashir, who has been accused of gaining a celebrated 1995 interview with Diana under deceit. The prince made an extraordinary statement to the world that he had no doubt that the reporter’s deception “substantially influenced” what his mother said and “was a major contribution to making my parents’ relationship worse”. I thought this was particularly bizarre, bearing in mind it is no secret that his parents’ marriage was doomed from its inception as Charles maintained an adulterous relationship with another woman (Camilla Parker Bowles, later to be his second and current wife) throughout his marriage to Diana.

Goodness me, it’s so exhausting keeping up with this sordid soap opera. Just imagine being part of it.

Never mind what getting rid of the royals would do for Britain and all of us ordinary people, let’s think of the liberation it would bring to a deeply troubled family who deep-down must resent their lives in the goldfish bowl and clearly need our sympathy and lots (and lots and lots) of therapy. Let’s put them out of their misery.