‘It’s important that I listen to my body’: Tennis legend Roger Federer becomes latest big name to pull out of French Open 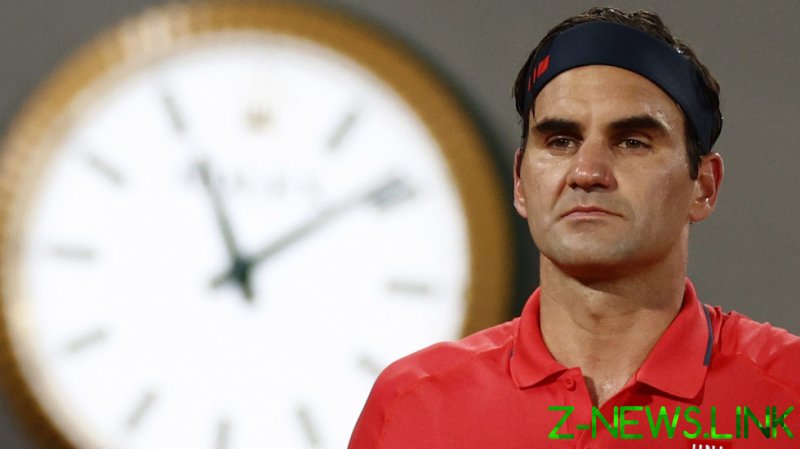 Federer, who counts the 2009 French Open among his list of 20 career Grand Slam wins, will have to wait a little longer for his 21st after confirming on social media that he is pulling out of the tournament before his scheduled Monday match with Matteo Berrettini.

Ninth seed Federer came through a four-set struggle with German Dominik Koepfer on Saturday night and was set to take on the ninth-seeded Italian in round four, with the Swiss now aiming to be fully fit for Wimbledon, which begins at the end of June.

“After discussions with my team, I’ve decided I will need to pull out of Roland Garros today,” Federer, 39, confirmed in a statement.

“After two knee surgeries and over a year of rehabilitation, it’s important that I listen to my body and make sure I don’t push myself too quickly on my road to recovery.

“I am thrilled to have gotten three matches under my belt. There is no greater feeling than being back on court.”

Federer has been largely absent from tennis throughout the past 18 months while he recovered from a knee injury. Speaking after his win against Koepfer, the Swiss hinted that he was considering pulling out of the tournament.

“I don’t know if I am going to play,” he said. “I have to decide whether or not to continue. Is it too risky to keep putting pressure on the knee? Is it a good time to rest?

For their part, French Open organizers said that they were sorry to see him pull out but wished him well for the remainder of the season as he chases what would be a record 21st Grand Slam win.

“The Roland-Garros tournament is sorry about the withdrawal of Roger Federer, who put up an incredible fight,” they wrote. “We were all delighted to see Roger back in Paris, where he played three high-level matches. We wish him all the best for the rest of the season.”

Federer’s decision to opt out of the remainder of the tournament is another blow after Naomi Osaka also announced her decision to pull out in recent days.

The Japanese world number two and highest paid female sports star on the planet had complained about the impact of attending press conferences on her mental health but was fined $15,000 and warned further punishments could be enacted for each media event she skipped.

Osaka’s pullout, counter-productively, prompted a media frenzy after which she said that she had opted to take some time away from the sport, putting her participation in this summer’s Tokyo Olympics in jeopardy.