Home / economy / It became known as far down the Russian Urals

It became known as far down the Russian Urals 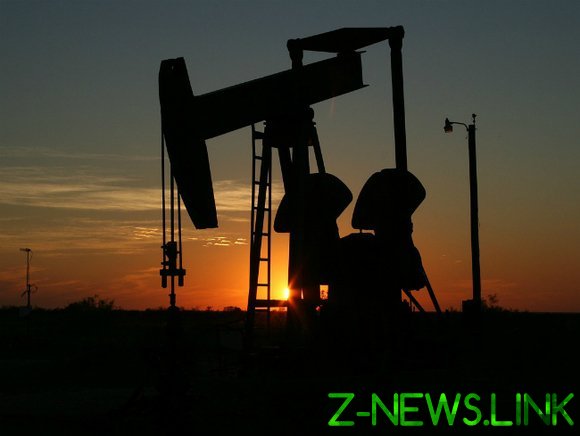 The June futures for North sea benchmark Brent fell today by more than 25% to $20.7 per barrel.

The price of Russian oil Urals at 9:36 MSK fell by almost 2.5 times to $7 per barrel, and by mid-day was corrected to $9.5, according to RBC, citing data from Refinitiv and pricing Agency Argus.

The last time that cheap Russian oil cost in December 1998.

Yesterday the price of Urals for delivery in Northwest Europe and the Mediterranean amounted to $17.5 and $17.2 per barrel.

Brent and Urals repeat the dynamics of the may futures on the American WTI, which expires on Tuesday, April 21.

How like an expert on the stock market “BCS” Igor Galaktionov, “on Monday in the oil market observed a historical event”. “On the eve of expiration, which will be held today, may futures for U.S. crude oil went to negative territory and closed the session at the exchange CME value -$37,63 per barrel. This means that sellers were willing to pay customers more than $37 just for those that took their oil right now. Fully this event can be called “black Monday” for the market of American oil,” says the review expert.

For his part, the President of the Russian-Asian Union of Industrialists and entrepreneurs (RAUIE) Vitaly Mankevich said RIA “Novosti” that the collapse of the may futures for the American oil of the WTI linked to the actions of speculators, after quarantine measures for COVID-19 oil demand will return, and in 2021 can expect growth in oil prices to $40-50 per barrel.

Since the beginning of this year on the global oil market rode several waves of falling prices for “black gold”. The negative situation caused by a whole complex of factors: a General overproduction of raw materials, a sharp drop in demand due to the rapid spread of coronavirus infection COVID-19 (March 11, was declared a pandemic) and concerns about its impact on the global economy and the collapse of the deal, OPEC+ (officially from April 1, but in fact, after fruitless negotiations of the countries-oil producers at a meeting on March 6 in Vienna). Just last circumstance was the trigger to the collapse in oil prices. Moreover, Saudi Arabia announced plans to increase production and lower oil prices. Later, the desire to lower the prices declared Iraq, Kuwait, UAE and Nigeria.

April 12 OPEC countries+ finally agreed on a new deal, joined by 23 States. The agreement will be valid for two years, from may 1, 2020 to may 1, 2022-th. In may—June this year, the production cuts will amount to 9.7 million barrels per day (from October 2018), then — until the end of 2020 — 8 million barrels, and 6 million by the end of April 2022. While Russia and Saudi Arabia base count will be 11 million barrels per day (of the Russian Federation in the first 2 months will reduce production at 2.5 million barrels per day). New business OPEC+ was a forced reaction of oil producing countries on the situation in the market and pressure from the United States. Overall, however, it does not cover the volume decline in world demand for the same in the market have accumulated huge reserves of raw materials. Nevertheless, assured the head of the Ministry of energy Alexander Novak, if necessary, the parties to the transaction can take additional measures to stabilize the situation on the market.