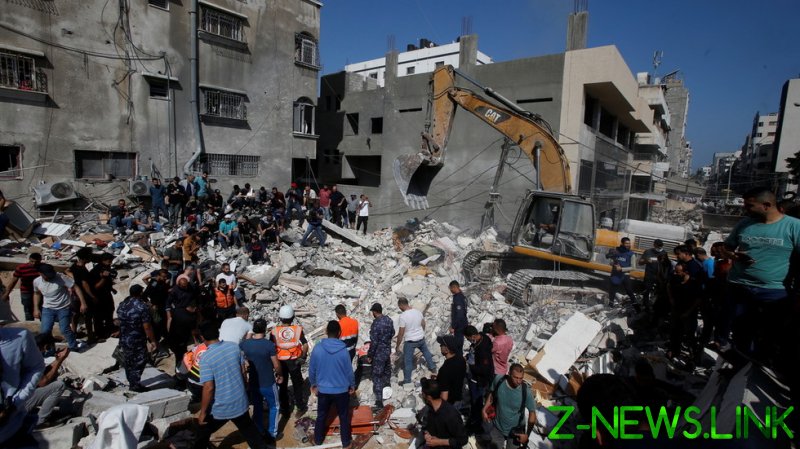 Israel remains resolved to fight the “terrorists” entrenched in Gaza, Netanyahu said in a televised address on Sunday after a week of fighting.

“Our campaign against the terrorist organizations is continuing with full force,” he stated.

In recent days, Tel Aviv has faced mounting international criticism over the hostilities, which involve exchanges of airstrikes from Israel and rocket attacks from Palestinian militants. The escalation has resulted in civilian deaths on both sides, though with significantly more victims on the Palestinian side.

The Israeli air campaign against Hamas, which has involved multiple strikes on high-rise buildings in the Palestinian enclave, has been criticized by the UN. Secretary General Antonio Guterres urged both parties to stop the fighting immediately. One of the strikes on Saturday destroyed a 13-floor Gaza building that housed Qatar-based Al-Jazeera and the Associated Press.

“The Secretary-General reminds all sides that any indiscriminate targeting of civilian and media structures violates international law and must be avoided at all costs,” the spokesman for Guterres, Stephane Dujarric, said.

The plan triggered mass protests of Palestinians in the city, which were met with a heavy-handed response. Israeli police even stormed the Al-Aqsa Mosque in the last days of the Muslim holy month of Ramadan, prompting accusations that it deliberately prevented the faithful from praying.