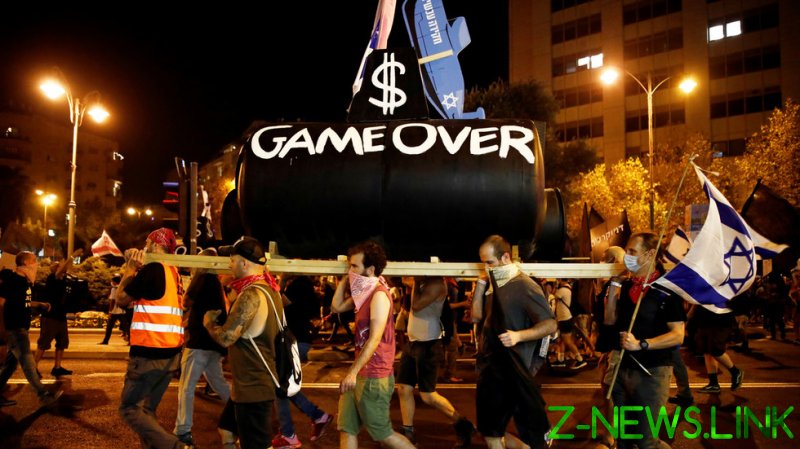 The sweeping lockdown is set to take effect on September 18 at 6 a.m. local time, multiple Israeli media reported on Saturday. The Israeli cabinet is expected to approve the new stringent restrictions on the movement of people as well as on commerce as soon as on Sunday morning, Haaretz reported.

Although concerns about an imminent “second wave” of the coronavirus, particularly regarding its possible overlap with a common seasonal flu, have been mounting and several European countries have already reported a surge in cases, Israel becomes the first nation to plunge back into a nationwide lockdown after the previous one was phazed out back in May.

The draft resolution, prepared by the Health Ministry, and seen by the Haaretz, halts or severely restricts the operation of all businesses that require staff to serve clients in person for at least two weeks. Residents will still be able to shop for groceries, with supermarkets and grocery stores being exempted from the ban. The exception is also carved out for medical supply stores, including drug stores, as well as for cell phone places and repair shops. All cafes and restaurants will be prohibited from serving diners inside, but allowed to offer delivery and takeout.

Those businesses, which will be greenlit to operate under the lockdown, will have to cap the number of staffers at 30 percent or at 10 people, depending on which figure is higher. The same 30 percent rule will apply to government offices.

Except for trips to get necessary supplies or to work, Israelis will have to abide by a 500-meter rule, meaning that they may go as far from their place of residence.

Perhaps, the toughest restrictions of all will affect schools, that, according to the proposal, will shut their doors as early as Wednesday this week. Pupils, that have just started the new school year, are expected to switch to remote learning. The move will likely mean just another vacation for preschoolers, with the Israeli Preschools Council saying that the educators would be forced to put the learning process on hold. The changes will not affect special education and boarding schools.

The move comes after the Jewish nation reported a highest daily toll of Covid-19 infections on Thursday – 4,038 cases, after crossing the 4,000 threshold for the first time on Wednesday.

Currently, there are over 33,000 active cases in Israel, including nearly 500 people who are in serious condition. Over 146,000 Israelis have tested positive for the virus since the beginning of the outbreak there.

The new batch of restrictive measures is to be unveiled as the country is still reeling from the devastating economical impact of the first lockdown, which has driven the unemployment rate to some 20 percent and thrown the economy into recession.

Israeli PM Benjamin Netanyahu, who is currently under investigation for corruption, has drawn massive pushback for his botched response to the pandemic as well as for his long-standing charges. About 10,000 people hit the streets of Jerusalem on Saturday night, protesting the Netanyahu government, as anti-government demonstrations continue for the 12th consecutive weekend.

The new Covid-19 restrictions are the phase one of the three-step plan, that envisions gradual lifting of the measures as soon as the situation improves.