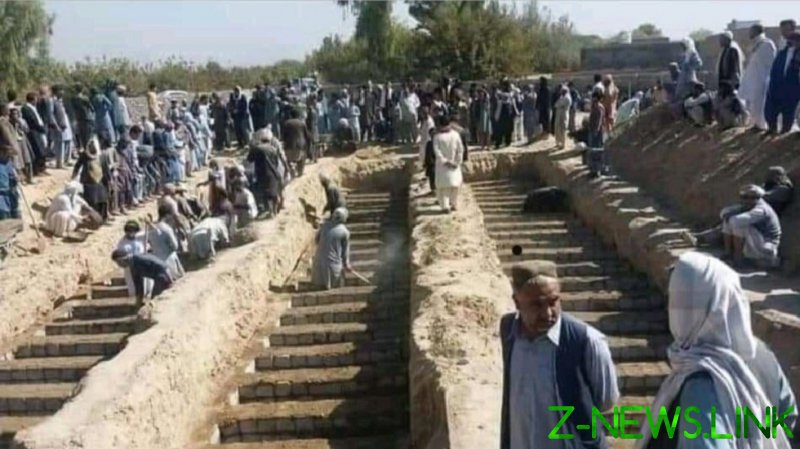 Islamic State (IS, formerly ISIS) has claimed responsibility for the attack on the Fatimiya Mosque in Kandahar province in a statement, distributed on social media by its Amaq news agency.

The statement included the names of the two male suicide bombers, saying they first shot and killed the guards at the entrances to the site.

After that, one of the attackers detonated explosives at the entrance to the mosque, while the other blew himself up inside the building, it added.

It is the second major attack by IS since the Taliban took power in Afghanistan in mid-August amid the withdrawal of US troops from the country. Last week, the terrorist group targeted a Shia mosque in the northern city of Kunduz, killing 46 people and injuring 143 others.

The Afghan branch of Islamic State, known as ISIS Khorasan Province (ISIS-K), had previously been active mainly in east of the country, but these recent bombings indicate that the group is expanding its operations, despite promises by the Taliban to restore peace and security in the country.

The attack in Kandahar is presumed to be especially painful for the Taliban as the province is seen as the group’s spiritual heartland.

ISIS-K was behind the suicide bombing outside Kabul’s airport on August 26 during the chaotic evacuation of the US and its allies from Afghanistan. The massive explosion and subsequent gunfire killed 13 US soldiers and over 160 Afghan civilians.

US forces responded to the attack with airstrikes against IS targets in eastern Nangarhar Province and a drone strike in Kabul intended to target a terrorist, but which ended up killing 10 civilians, seven of whom were children.