Home / WORLD / Is the world’s wildlife in ‘catastrophic decline’? Er, no.

Is the world’s wildlife in ‘catastrophic decline’? Er, no. 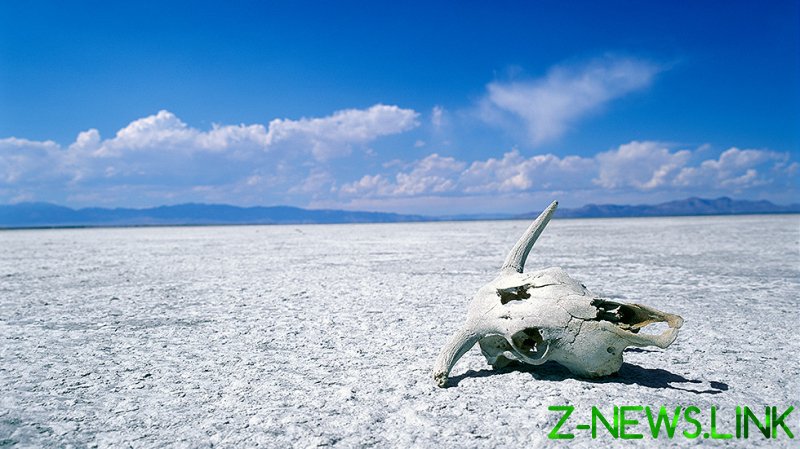 Every two years, since 1998, conservation group WWF has produced a Living Planet Report, an assessment of the state of the world’s wildlife. This year’s report has just been published and it has prompted the usual scary headlines, leaving many readers with the impression that animal life on planet Earth is rapidly heading for extinction.

In his foreword to the report, WWF International’s Director General Marco Lambertini declares: “As the world reels from the deepest global disruption of a lifetime, this year’s Living Planet Report provides unequivocal evidence that nature is unravelling and that our planet is flashing red warning signs. Humanity’s destruction of nature is having catastrophic impacts not only on wildlife populations but also on human health and all aspects of our lives.”

The headline claim in the report is that there has been “an average 68 percent fall in monitored populations of mammals, birds, amphibians, reptiles and fish between 1970 and 2016.” It goes on to say: “The current state of our planet confirms that the world and its leaders should embrace a new global deal for people and nature that sets us on a path where both can thrive.”

None appeared to do any due diligence or checking. Of course, very few people think it would be a good idea to allow wildlife to die out thanks to human activities. But the report needs careful reading to understand what it is really saying, along with a huge dose of scepticism.

First, that “68 percent fall” is in monitored populations of vertebrates. Rather than whole species, this means particular populations of species in different parts of the world (although some species are really specific to one habitat). Which species get monitored? We keep an eye on certain kinds of fish, for example, because they are commercially important. We don’t want to have a situation where a fishing ground collapses to the point of becoming useless. In 1992, for instance, cod fishing was banned in the Grand Banks fishery of the North Atlantic after stocks fell to just one percent of their original levels thanks to overfishing.

But another reason to monitor an animal population is because it is already showing signs of decline, hence it is worthy of interest to conservationists or research bodies. Basing wider claims on such populations is a problem – they probably aren’t representative of animals as a whole. It’s also easier to monitor populations that are already in contact with human beings. Trying to monitor animals deep in the jungle or fish stocks in deep water is naturally a lot harder, quite apart from the obvious fact that animals tend to move around and counting them is not easy even in the best of circumstances.

There’s another problem with the Living Planet Index, the basis of the Living Planet Report. The best-monitored populations are in well-developed countries. But most of the world’s wildlife lives in tropical and equatorial areas, which tend to be poorer and where monitoring is harder. The Index weights its results to these areas, even though the data is poorer.

In short, the Living Planet Index is skewed by animal populations that are already under threat and where the data isn’t as good.

Helpfully, there is an illustration in the technical document attached to the report, which goes something like this.

So that figure of 68 per cent could significantly exaggerate the impression of animals dying out. Some animal populations are in serious decline, but things aren’t nearly as bad as they appear at first glance.

Finally, it’s worth noting just what a small snapshot this report is looking at. The Living Planet Index is “currently based on time-series data for 20,811 populations of 4,392 species of mammals, birds, reptiles, amphibians and fish from around the globe.” That is an impressive body of material. But there are around 66,000 different species of vertebrate, so the Index is just a fairly small sample of the wider picture.

The species that are in serious decline often inhabit a very specific niche. For example, the report highlights the “first mammal extinction from climate change” – the Bramble Cay melomys, which in 2016 was found to have disappeared from the tiny island between Australia and Papua New Guinea where it lived. The extinction was caused by sea-level rise, but it was also a failure of conservation efforts. Bramble Cay was just too far from civilisation and, according to one academic, the rodent was ignored for “being a rat and being not particularly attractive. It didn’t have much public advocacy for it.”

For all of WWF’s hyperbole about “humanity’s destruction of nature,” the decline of wildlife is nowhere near “catastrophic.” Back in 2007, we were told polar bears would be extinct by 2030, and the same groups and media outlets were up in arms about its demise; in fact, their numbers are abundant.

While conservation is a good thing, making wild, unsubstantiated, alarmist claims about wildlife being in peril is not, and the Living Planet Report fails to make the case for a wholesale reorganisation of human society to save nature.

In fact, what we need is the very opposite of what environmentalists usually demand. Wealthy societies are better at conserving wildlife than poorer ones. Economic development is good for humanity, but it could also be good for nature. Let’s ignore this tosh about living in balance with nature, and worry a lot more about dragging more people out of poverty.