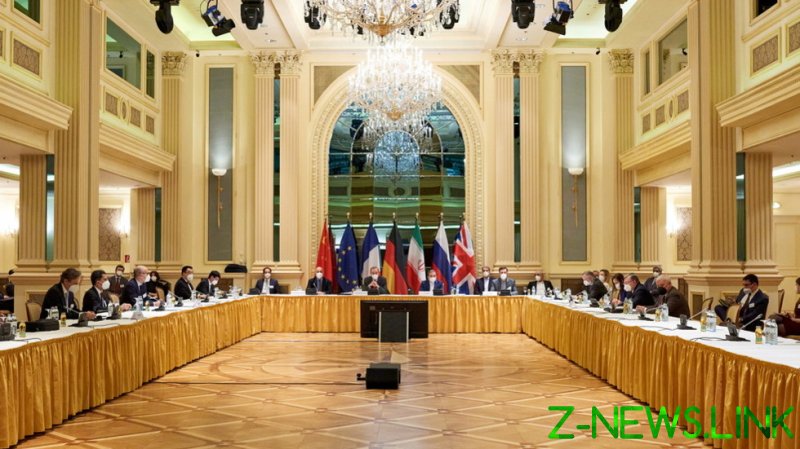 “The participants are expected to continue consultations on the possible return of the US to the nuclear accord and ensuring the full and effective implementation of this agreement,” Araqchi, who is Tehran’s top negotiator at the talks, wrote on Telegram.

US Deputy Secretary of State Wendy Sherman also said this week that talks on reviving the so-called Joint Comprehensive Plan of Action (JCPOA) “will start again over this coming weekend.” She said “there’s been a lot of progress” so far during the four rounds of negotiations, but refrained from speculating on when the final details will be nailed down.

The head of the Russian delegation in Vienna, Mikhail Uliyanov, earlier expressed optimism that the upcoming fifth round could well be the final one in securing the renewal of the deal.

The nuclear deal, which saw Tehran curbing its nuclear military program in exchange for the lifting of international sanctions, was signed between Iran and China, France, Germany, Russia, the UK and the US in 2015 after years of diplomatic efforts.

But in 2018, then-US President Donald Trump unilaterally withdrew America from the agreement, which he described as “the worst deal ever,” and imposed a raft of new sanctions on Iran. Tehran responded to the move by reneging on its commitments under the deal, including enriching uranium.

Trump’s successor Joe Biden has expressed his readiness to restore the agreement, with hopes to expand it to also include Tehran’s regional activities and ballistic missile program. Iran, however, insists that all US sanctions must first be lifted before it returns to its commitments, and wants the overall conditions of the deal to remain as they were in 2015.