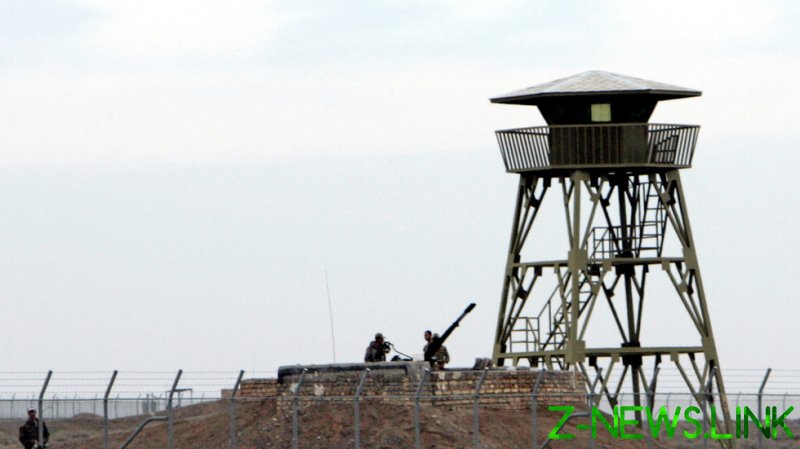 “Reza Karimi, the perpetrator of this sabotage… has been identified” by the intelligence ministry, Iranian state television announced on Saturday.

Karimi was described in the report as a 43-year-old male who was born in the town of Kashan, not far from the Natanz facility.

Tehran had earlier blamed the incident on its arch-rival Israel and promised to retaliate. The Jewish state, which insists that the Iranian nuclear program is aimed at creating a bomb, is yet to publicly respond. Nonetheless, reports in the Israeli and western media, citing unnamed officials, have claimed that the “sabotage” could have been an operation by the Israeli Mossad spy agency.

Iranian TV said nothing about Karimi having links to Israel and also didn’t elaborate on how he’d managed to access the high-security site undetected.

Iranian officials initially called the incident at Natanz “a blackout,” but later referred to it as an attack, also as an act of “nuclear terrorism.” Media reports claimed that a blast rendered the nuclear site’s power grid and backup system inoperable, while also destroying some of the centrifuges used to enrich uranium.

However, the full extent of damage inflicted on the facility remains unknown, with no official figures or images having been released. The head of the Iranian parliament’s energy committee, Fereydoon Abbasi Davani, later confirmed that there had been an “explosion” at Natanz, deliberately planned so that “the central power and the emergency power cable would be damaged.” Another high-ranking MP, Alireza Zakani, who leads the Iranian parliament’s research center, said that “several thousand centrifuges [had been] damaged and destroyed.”

The Iranian state TV report added that Karimi had fled Iranian territory even before the blast rocked Natanz, on April 11.

“Necessary steps are underway for his arrest and return to the country through legal channels,” Iran’s statement added.

The suspect’s photograph was shown on a red card that had “Interpol Wanted” text on it and resembled an arrest warrant from the international policing body. The card listed Spain, UAE, Qatar, Turkey and Romania among the suspect’s travel destinations.

The report also featured footage of rows of centrifuges that, it said, have already replaced those damaged in the blast.

The incident at Natanz occurred amid talks in Vienna between Iran and world powers, aimed at rescuing the 2015 nuclear agreement, after the Trump administration unilaterally withdrew the US from it three years ago.

Tehran’s decision to increase its uranium enrichment to 60% purity in response to the sabotage attempt is said to have complicated the latest round of negotiations in the Austrian capital, which were expected to wrap up on Saturday.

The Islamic Republic’s stance during the talks is that it will only return to compliance with the Joint Comprehensive Plan of Action (JCPOA) after “the removal of all sanctions, including those related to the JCPOA, re-imposed and relabeled during the Trump era,” a source close to Iran’s Supreme Leader, Ayatollah Ali Khamenei, told national broadcaster Press TV.