Invader ZIM is back! (TEASER)

Unusual and not at all a children’s animated television series “Invader ZIM” came on Nickelodeon back in 2001, barely lasted two seasons and was closed. But not forgotten. And now, after years on the screens is going to leave a full — length sequel- Invader ZIM: Enter the Florpus.

What we are talking about in this picture? Is really unknown, so recall the story of the original series:

ZIM — an ambitious representative of the irken race, sent to Earth supposedly for useful information for the preparation of the planet to the capture of the irken Empire. At least so he thinks. In fact, the leaders of Irken just sent him to the farthest corner of the universe to get rid of the pesky invaders.
Together with her forever glyuchaschie robic Gere, ZIM refers to the mission very seriously. Since the information about the future of the battlefield so far very little, ZIM decides to join the crowd of students of the earth and gradually carry out their destructive plans.

Creator Winter Jonen Vasquez, will be directing and co-writing the script full meter. In General, the man better known as the author of the comic “johnny the homicidal Maniac” and its two spin-offs: that’s really where turned fantasy and merciless black humor Vasquez! The problem is the Winter was, perhaps, that the cartoon was too hard for Nickelodeon and stiff enough for the author. Let’s see what awaits us in the sequel! In any case, it should be fun!

Richard Steven Horvitz (ZIM), Andy Berman (DIB), Melissa Charles (Gas) and Rosearik Rikki Simons (GIR) will once again give their voices to the characters of the cartoon.

“Invader ZIM: the Entrance to Florus” will be aired on Nickelodeon, but the premiere date is not yet known. 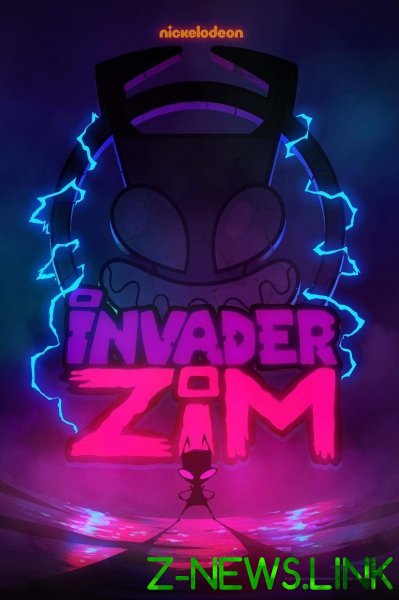