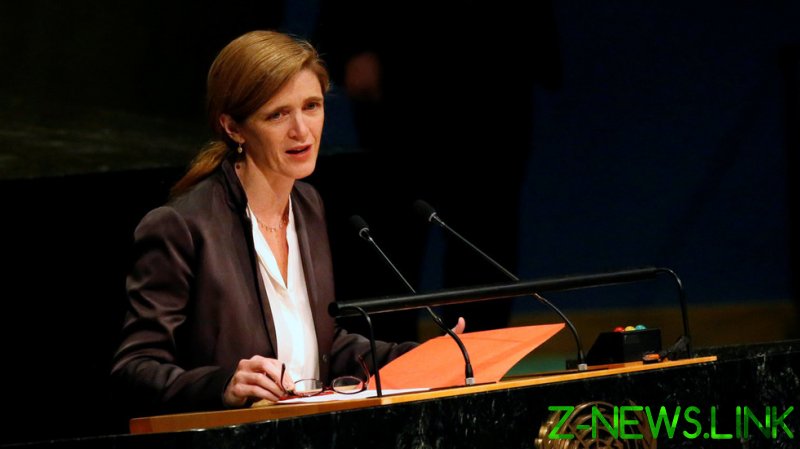 Though her appointment was rumored in Washington for weeks, Biden’s transition team officially confirmed it on Wednesday. Power is best known for her “humanitarian” interventionism advocacy. As an aide at the Obama White House, she championed US intervention in Syria and Libya – where US-backed Islamist militants sought to overthrow secular governments – in the name of stopping “genocide.”

She went from teaching human rights at Harvard’s Kennedy School of Government to campaigning for Barack Obama in 2008, and almost derailed her government career by calling his primary rival Hillary Clinton a “monster.” The off-the-record remark during an interview, which resulted in her resignation from the campaign, didn’t refer to Clinton’s foreign policy but campaign shenanigans, and Power was soon back in Obama’s good graces as a staffer on the National Security Council.

In 2013, after Clinton left the State Department to focus on her upcoming second bid for the presidency, Power was promoted to UN envoy. She took her advocacy to East River, repeatedly accusing Russia of aiding and abetting “atrocities” against the US-designated “moderate rebels” in Syria. One such exchange, in December 2016, saw her claim Russia, Syria and Iran were perpetrating “conquest and carnage in Aleppo.” 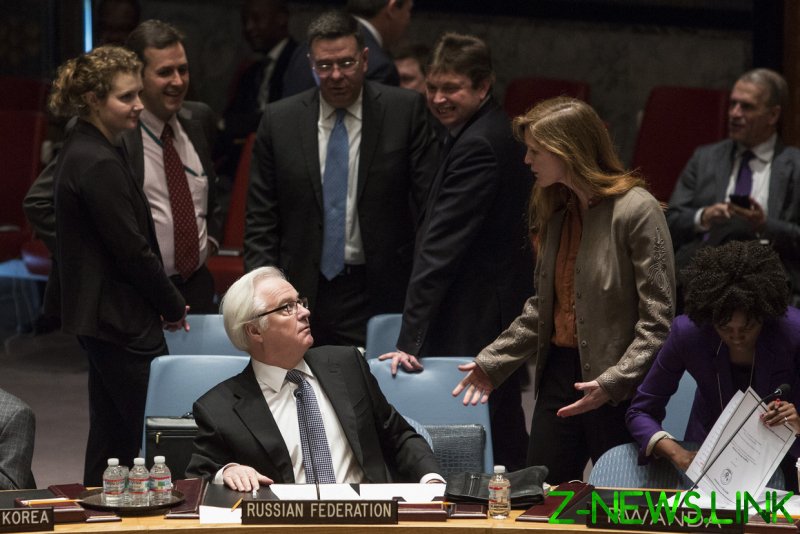 Russia’s Churkin pushed back, describing her speech as “particularly strange” and said Power spoke “as if she was Mother Teresa,” rather than a representative of a country with a “track record” that speaks for itself.

Power precipitated another famous clash between the two in February 2014, when she hosted two members of the US-backed activist group ‘Pussy Riot’ and lamented the supposed Russian oppression of “groups that advocate for fundamental human rights and basic government accountability.”

Churkin responded that the duo was arrested for desecrating a church, and urged Power to invite them on a “world tour” where they could “perform” at the National Cathedral in Washington, followed by St. Peter’s in Rome, then Mecca and ending with “a gala concert at the Wailing Wall in Jerusalem.”

However, when Churkin suddenly passed away in February 2016, Power called him a “diplomatic maestro” and a “deeply caring man.”

Power will “be a powerful force for lifting up the vulnerable, ushering in a new era of human progress and development, and advancing American interests globally,” the Biden transition team said in a statement. In a separate statement, the incoming Vice President Kamala Harris said Power will help to restore “America’s global leadership as a champion of democracy.” 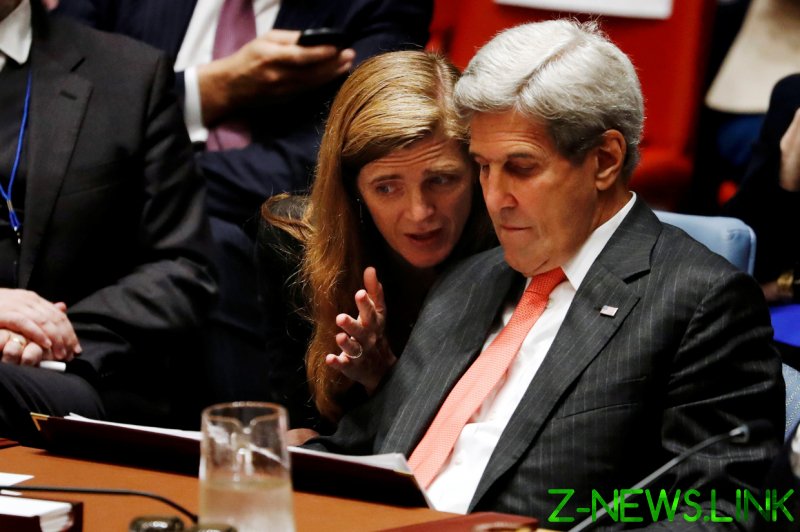 The blueprint for that advocacy has been Power’s 2002 book ‘A Problem from Hell: America and the Age of Genocide,’ in which she sought to define US foreign policy as finding and stopping genocides that were happening everywhere around the world.