Home / WORLD / ‘Internet sleuths’ claim to have proof that ‘China created Covid,’ despite US intelligence reporting none

‘Internet sleuths’ claim to have proof that ‘China created Covid,’ despite US intelligence reporting none 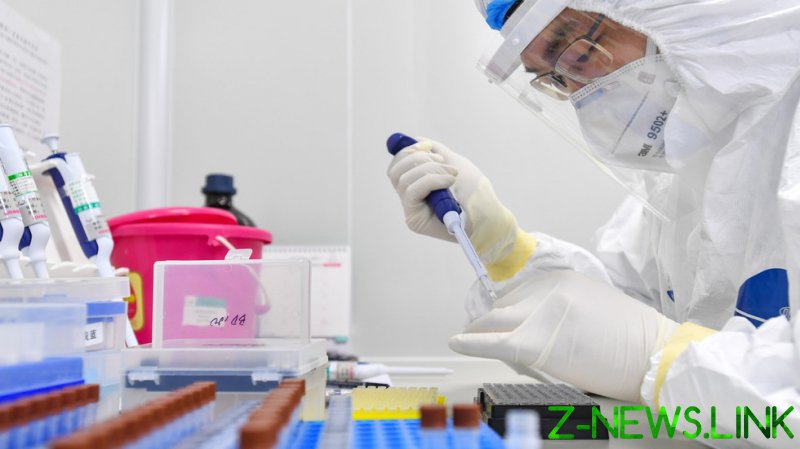 The content of the book, titled ‘Viral: The Search for the Origin of COVID-19’, was previewed by one of its co-authors, Matt Ridley, in the Daily Mail. The tabloid posited that its authors would offer evidence that the Covid-19 pandemic could have started as a “laboratory leak of a possibly engineered coronavirus” followed by a “cover-up of epic proportions”.

The article came days after US intelligence declassified its own assessment of the origins of the disease. The report from the US Office of the Director of National Intelligence (ODNI) and the opinions of the “internet sleuths” behind the book differ quite a lot.

‘Viral’ promises readers “a gripping detective story” based on the discoveries of a group called DRASTIC (Decentralised Radical Autonomous Search Team Investigating Covid-19). They are a bunch of people from all around the world trying to use open-source intelligence, or OSINT, to determine the origins of Covid-19.

One member is an anonymous person living in India, who goes by the moniker ‘The Seeker’. Indian media described him as a man in his 20s who is “an architect, a filmmaker and a former science teacher.” He said he used “OSINT skills (like advanced google tricks, Boolean search operators etc)” in his search for the truth.

The idea of an amateur computer whiz using mad skills to piece together damning truths from information available to everyone on the internet is hardly original. Bellingcat’s Eliot Higgins, for example, was promoted by The New York Times as being suitable to do exactly that with Syria, not because of “any special knowledge of international conflicts or digital data” but due to “the hours he had spent playing video games, which, he said, gave him the idea that any mystery can be cracked.”

Ridley’s retelling of DRASTIC’s work doesn’t seem to offer any new facts about Covid-19 and Chinese research of pathogens. The story of their probe into the “keenest mystery of our lifetime” occasionally makes some unusual turns.

While describing the work that scientists at the Wuhan Institute of Virology (WIV) did, Ridley said the researchers “synthesised and altered their DNA to insert specific sequences.” The implication is that this work may have resulted in the creation of SARS-CoV-2, the virus that causes Covid-19. That virus doesn’t have DNA at all – its genetic code is stored in the form of RNA.

Ridley cites US intelligence sources as saying that “three of the early Covid-19 cases were workers at the Wuhan Institute of Virology”. That information was directly addressed in the ODNI assessment. It said reports that several lab researchers had “symptoms consistent with COVID-19 in autumn 2019 is not diagnostic of the pandemic’s origins.”

The ODNI report actually stresses that the US intelligence community doesn’t believe China had any foreknowledge about Covid-19. It does state that a lab leak origin of the disease is plausible, but the scenarios it suggests are far less dramatic. It said somebody in the lab could have gotten infected during a sampling field trip, had an asymptomatic case, and unknowingly brought the infection back to Wuhan. Or scientists may have mishandled a yet-unsequenced sample during experimentation.

The essay published by the Mail pays a lot of attention to the so-called “furin cleavage sites” (FCS), features in spike proteins that scientists believe gave SARS-CoV-2 enhanced ability to infect human cells, compared to its close relatives. Ridley suggested the feature could have been artificially added to the virus by WIV researchers.

Contrasting that, the ODNI assessment said China did not develop SARS-CoV-2 as a bioweapon and that the virus was likely not genetically engineered at all. It said academic literature reported that FCS “have been identified in naturally occurring coronaviruses in the same genetic location as the FCS in SARS-CoV-2,” suggesting the trait may have been acquired “through natural recombination with another virus.”

‘Viral’ will presumably imply that WIV was conducting secret experiments with samples of coronaviruses collected in an abandoned copper mine located in Mojiang County, Yunnan. The mine is infamous for a 2012 incident in which six workers fell ill, showing pneumonia-like symptoms, with three of them subsequently dying. DRASTIC members suspect a connection between those cases and Covid-19. Researchers at WIV said the miners were killed by a fungal infection.

WIV scientists made several visits to the mine to collect samples. Ridley said that “we do not know if the visits continued beyond 2015” and “what viruses they might have found between 2016 and 2019.”

The book’s co-author acknowledged that “a natural origin theory still remains plausible and deserving of proper investigation,” before accusing China of not allowing “a full and credible investigation” into the origins of Covid-19. In that, at least, DRASTIC and the ODNI are in full agreement.

Reacting to the ODNI report, China branded its investigation unscientific and politically motivated.