India registers fewer than 1,000 coronavirus deaths for the first time amid second wave of Covid-19 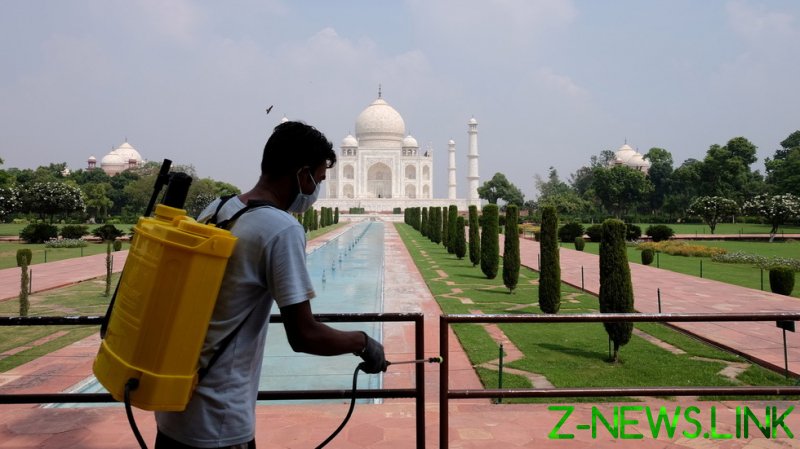 Some 46,148 new coronavirus infections and 979 deaths had been registered as of Monday, the latter representing the lowest figure registered in the country in recent weeks, after it was hit by a major new wave of infections. The wave began in late March, skyrocketed though April, and peaked in early May, with new daily infections at that point surpassing the 400,000 mark.

The huge influx of patients has placed severe strain on the healthcare system, with hospitals experiencing a shortage of space and running out of the oxygen needed to treat critical cases. The situation has shown recent signs of improvement, however, after New Delhi introduced localized lockdowns and stepped up its vaccinating efforts.

“India’s vaccination drive keeps gaining momentum! Congrats to all those who are driving this effort. Our commitment remains [to delivering] vaccines for all, free for all,” India’s PM Narendra Modi Monday tweeted on Monday.

So far, India has administered more than 323 million doses of various vaccines, slightly overtaking the US in this aspect, according to the health ministry. Yet it has a population of more than 1.3 billion, compared to the US’ 328 million, meaning the percentage of vaccinated citizens is actually several times lower.

The country’s all-time Covid-19 infection tally now stands at the 30.27 million mark, with nearly 400,000 people having succumbed to the disease. The recent wave has moved India’s figures significantly closer to the US’ in that aspect as well. The US remains the world’s coronavirus ‘leader’ in terms of absolute figures, with over 33.6 million cases having been registered and more than 600,000 people having died.