In Ukraine will start to ply the new train transformer 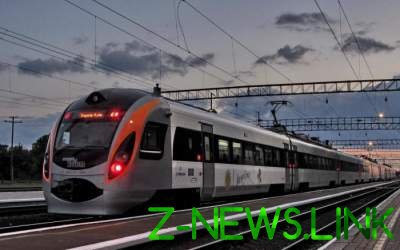 The new train is planned to be launched in November 2017.

In November, “Ukrzaliznytsya” plans to launch a new train, which will take place between Kiev and Zaporozhye. The composition will form from cars, transformers. This was written by the acting head of the Board of “Ukrainian Railways” Evgeny Kravtsov on Twitter.

“In November, another train entirely of the new cars-transformers Ukrainian production. From Kiev – night Express, from Zaporozhye – intercity”, – stated in the message.

It is reported that from Kiev train will travel by night with beds, as from Zaporizhzhia – day and with only a few.

It is known that from Kiev to Cherkassy can be reached by train in 3.5 hours. A new regional train No. 782/781 will run from December 10 and will make a stop at the station Kiev-Demiivska, Myronivka and Shevchenko (Smela).

In addition, from December 10, 2017 will also begin to run a train on the route Odessa-Przemysl. This route starts sooner than expected.

On older forecasts of the organization, the train was to enter no sooner than 2018.