Home / auto / In Ukraine, reduced taxes on import of cars: the digits

In Ukraine, reduced taxes on import of cars: the digits 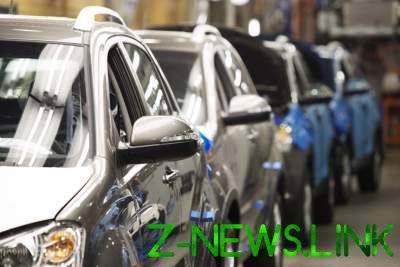 In the Verkhovna Rada told about was bills on the simplification of customs registration of cars “euromarch”.

As has informed on its website, the head of the Verkhovna Rada Committee on taxation and customs policy Nina Southerner, we are talking about the draft laws No. 8487, No. 8488 (both were registered on 15 June).

So, the proposed base rate of excise tax for cars with gasoline engine will be 50 Euro with a diesel — 75 euros, with coefficients of engine and age of car for which the base rate will be multiplied. The coefficient of the engine is requested to calculate by dividing the volume of the engine 1000, and the coefficient of age is the ratio of the number of full calendar years since the year of production and year determine the tax rate.

Thus, the excise tax on the old car will be higher, which will stimulate the acquisition of more new cars.

In addition, the project was spelled out algorithm of interaction between customs, police and border guards, and also provides for the establishment of the automated system of information exchange of national police granted the right to test car with Euronorm, and toughened penalties for violation of customs rules.

According to a Southerner, for today the projects have undergone consultation with representatives of OO “Autoerosale”, authorities and profile associatei manufacturers, dealers and importers of cars.

“Introduction of draft to the Parliament scheduled for the current week”, — said the Southerner.