In Ukraine have less to buy new commercial vehicles 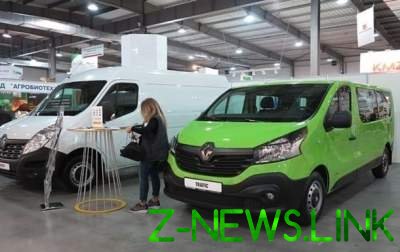 In April in Ukraine were sold 858 new commercial vehicles.

In particular, in April in Ukraine was sold 858 new commercial vehicles, which is 28% less than in April 2018.

The greatest demand at the April market used cars of the brand Renault, which increased sales by 15%. For a month there were registered 220 pieces.

Second place went to cars of the brand Fiat – 129 registrations that one-third more APR 2018. Closes the three leaders of Mercedes-Benz, whose assets 60 sold cars that on 62% more than April 2018.

Ford took fourth place with a score of 54 cars sold, showing a fall by April last year of 66%.

Rounded out the top-5 ranking of the most popular brands on the market of new commercial cars Volkswagen, of which 50 cars have received in the past month, its first registration number, which is 34% less than April 2018.