Home / WORLD / In Turkey, the editor was put in jail for a tweet

In Turkey, the editor was put in jail for a tweet 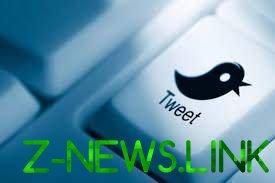 The editor of the opposition newspaper received three years and one month in prison.

Oguz güven, who is responsible for account edition on Twitter, was charged over a tweet in which it was reported about death in a traffic accident attorney who has filed the first indictment against the network of the preacher Fethullah Gulen.

In a tweet that was quickly deleted, it was about the “destruction” of the Prosecutor.

A court in Istanbul has ruled that a tweet by the editor – this is propaganda on behalf of the Gulen movement, which Turkey accuses of last year’s coup attempt.

It is expected that Guven will appeal the court’s decision.

Against several other employees of the newspaper Cumhuriyet is also under investigation for suspicion of “sponsorship” of terrorist groups.