Home / Incident / In Transcarpathia the bus crashed in a fatal accident

In Transcarpathia the bus crashed in a fatal accident 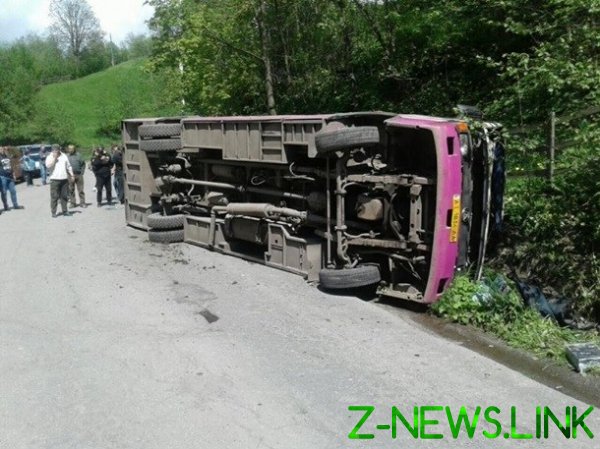 Injured four passengers, one of whom, 41-year-old man, died.

In the Transcarpathian region on the highway Rohatyn – Mukachevo turned over the bus. The accident injured many passengers, one of whom died.

“On Thursday about 14.30 in the village of Lazeshchyna Rakhiv district, on the highway Rohatyn – Mukachevo overturned bus Ivano-Frankivsk – Mukachevo. Arrived at the scene the group of rescuers and emergency medical care”, – stated in the message.

According to preliminary data, injured four passengers, one of whom, 41-year-old man, died.

“The cause of the accident is not yet known. The road is dry asphalt pavement in good condition”, – said acting Chairman of regional state administration Yaroslav galas.

The local police said that the accident bus standard. According to the preliminary version, the vehicle brakes failed. During the descent the driver tried to keep the bus, but he turned at speed on a sharp turn. On this fact investigation is conducted.