Home / Video news / In the US at a beach party broke out brawl. Video

In the US at a beach party broke out brawl. Video 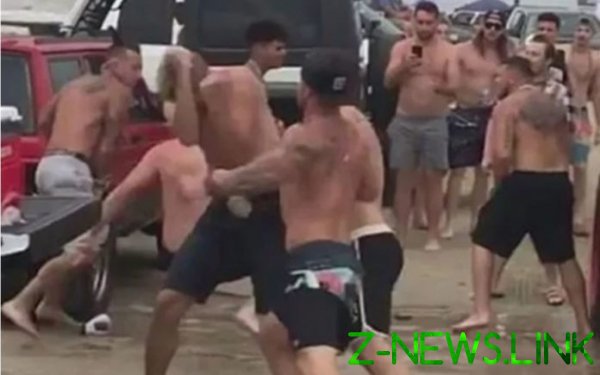 The party was attended by hundreds of people.

In USA a mass brawl broke out at a beach party Go Topless. 125 people were arrested when half-naked began to beat each other. The incident was filmed on video by eyewitnesses. This writes the online edition of the Chronicle.info with reference to the Correspondent.

Shocking footage shows young men jumping from the jeep and hit each other. According to the publication, in the course of the fight injured six people. They were given medical assistance.

The police detained are accused of drunk driving. Some of them were responsible for an accident.

Go Topless — this event, which is organised at the weekend by drivers of SUVs throughout the United States. According to the rules, participants must overcome the obstacle course, riding straight over the waves.