In the United States certified the BlackBerry smartphone Krypton

American communications Commission FCC suddenly announced the completion of testing of the new smartphone from BlackBerry, codenamed Krypton. Until now, for cell existed only in the form of information leakage, and that no one suspected that before its release so little time. 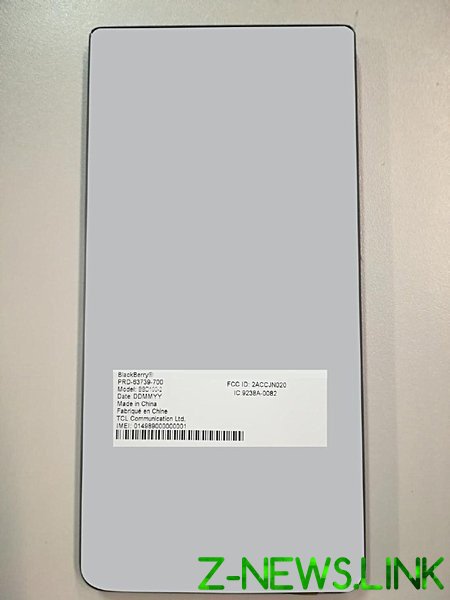 The information says that BlackBerry Krypton executed in monoblock format and devoid of the hardware keyboard. But he, unlike the tenth of the IPhone, there’s a Home button below the screen with the fingerprint scanner, though, the screen frame is also in place. The screen itself is an IPS panel with unknown diagonal and a resolution of Full HD or 1920×1080 pixels, so the BlackBerry is preparing a smartphone average.

This is confirmed by other specifications of the BlackBerry Krypton: 4 GB of RAM, a Qualcomm processor 625 and the battery capacity of 4000 mAh with 32 or 64 GB of internal memory. A key feature of the device will be a protection against water according to IP67 standard, which, we note, is very rarely found in branded models of the middle price range. By the way, the cost of BlackBerry Krypton remains unknown, but the new Chinese roots BlackBerry devices hardly make it excessive in comparison with competitors. The display of the smartphone must be held before the end of this autumn.