Home / Video news / In the river the truck to speed off on the sidewalk. Video

In the river the truck to speed off on the sidewalk. Video 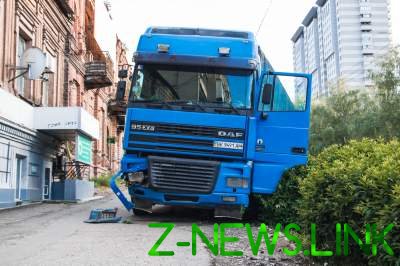 Fortunately, in accident nobody suffered.

May 10, 18:40, in the river on the Avenue Alexander Field facing the truck and Daewoo Lanos. The truck’s brakes failed to stop the driver managed on the roadside in the bushes.

In the incident no one was hurt.

According to information from the driver of the truck, he was moving down the Avenue Alexander Field. At some moment in overall transport brakes failed and he became unmanageable. The driver of the truck tried to take measures and to ottormozitsya, but this was not possible. At the intersection of Field and the street Ulyanov, the truck grazed the Daewoo Lanos, but that didn’t stop her. After approximately 100 meters, the driver stopped in the bushes on the roadside.

Fortunately, in accident nobody suffered. The truck driver managed not to hit parked cars and people walking on the sidewalk.

Into place there arrived the staff of patrol police. The details will be dealt with by law enforcement agencies.