Home / Incident / In the river the truck rammed the car

In the river the truck rammed the car 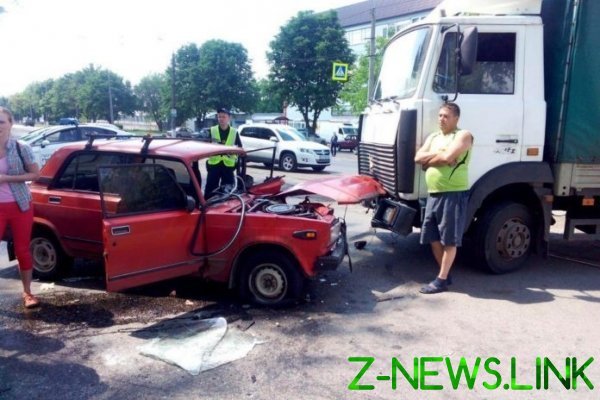 Details of the accident set.

Friday, may 24, at the Avenue of Bohdan Khmelnytsky did not share the road truck and vases. The scene of the accident the driver of the car were taken away by ambulance.

Previously known that the truck was driving along the Avenue of Bohdan Khmelnytsky in the direction of the village of the Peace — said the Informant. Near bus stops, “Plant Polimermash” the driver decided to turn around, but does not give way to the Vase, which was moving towards the center, and as a result the collision occurred.

Blow was such force that the front part of the car literally crushed. Passers-by immediately called an ambulance and rushed to help the victims. In the end the 64-year-old driver of VAZ and 59-year-old passenger from the scene of the accident taken away by ambulance in the 16-th city hospital.

A patrol crew was already in place, waiting for the investigator for the accident. All the details and circumstances of the incident are being investigated.