Home / INCREDIBLE / In the mind of the American found deadly mushrooms

In the mind of the American found deadly mushrooms 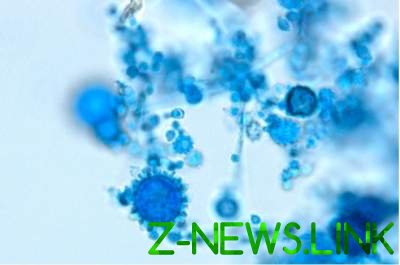 The older man turned to the clinic complaining of a change in the psyche.

According to experts, the disease was caused by inhaling Histoplasma capsulatum fungal spores. When histoplasmosis (a disease Daringa) usually affects the lungs, but the fungi can penetrate into other organs. H. capsulatum is distributed worldwide, growing in the soil and in the litter of bats and birds. The fungus usually infected people with weakened immune systems, e.g. AIDS patients. If histoplasmosis is not treated, it can lead to death.

The older man turned to the clinic complaining of a change in the psyche. The results of computer and magnetic resonance imaging have shown that brain and adrenal glands of the patient detected tumors. The doctors suspected metastatic cancer but the tissue biopsy of the adrenal glands showed the presence of yeast cells.

The patient reported that 30 years ago he attended North Carolina (the state where the spread of H. capsulatum), he lived in Arizona, where conditions for fungus growth is unfavorable. According to doctors, it in Carolina, he could have picked up the infection, but it’s a rare occasion when histoplasmosis many years did not cause any symptoms.