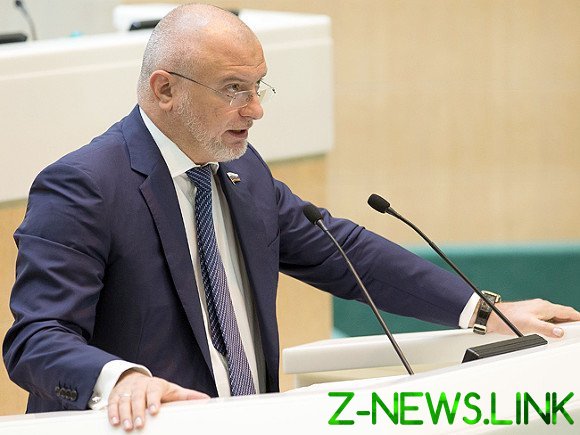 “This is called the subjective side”

In the Federation Council admitted that the act on the punishment of fakes is needed to keep the power, and the Internet will be turned into “decent” in public.

The Federation Council approved on Wednesday a package of four laws on punishment for spreading fake information and lack of respect for authorities. Against their adoption, voted only three senators.

This time one of the authors of these documents, Senator Andrey Klishas did not hide from the issues and go to Taimyr, as he did this during a discussion in the state Duma. Once on the podium, Klishas said that the new laws do not contradict the Constitution and legal positions of the constitutional court. Saw it in them and duplication of existing legislation.

The criticism in address of law, in particular by the Council under RF President on development of civil society and human rights(HRC), the Senator believes untenable. He even hinted that he is ready to seriously discuss only the holders of diplomas of legal education. From the HRC to reject the laws on the eve urged senators at a meeting of the relevant Committee of Federation Council on constitutional legislation Ekaterina Shulman — known political scientist, considered an expert on lawmaking.

Klishas explained that to block media and Internet resources, including social media accounts will be the decision of the Prosecutor in court and then fined for a maximum amount of 1.5 million rubles in the administrative proceedings. And if the media will give a chance to remove fake, then all the others will lock without warning.

It is noteworthy that prosecutors will not pay attention to intent in the actions of the distributors of unreliable information. They will be interested in another way to create a fake threat to the life and health of people and, most importantly, to facilitate the occurrence of riots. The greatest threat, according to the senators, may come from abroad, where they sleep and see how to overthrow the current government in Russia.

“The new law provides a mechanism for the protection of the public-political situation, including from the outside. Because if there will be artificially arranged “orange” pandemonium, violated the rights of all”, — said the Senator Oleg Melnichenko. So he answered the fears of his colleague Lyudmila Narusova, who said that we’re making the rules violate the constitutional right of citizens to freedom of expression.

“This act is repressive moral purpose of intimidation of citizens,” said Narusova. Along the way, she referred to one of the European conventions, which, according to her, may not allow the limitation of the right to freedom of expression solely by reason of the inaccuracy of the published information. “But the Convention says nothing about the freedom to spread false information under the guise of reliable,” — said a professional lawyer Klishas.

However, Narusova did not give up and reminded about the fake story about the “crucified boy”, shown with one of the Federal TV channels. “Someone is going to answer?”, — continued to attack Klishas Narusova. But he wriggled and this time, Recalling that the law is not retroactive.

One of the senators cry from the place proposed to end debate and proceed to a vote. After that, members of the Federation Council promptly approved the laws on the punishment for disrespect of authority. But hardly anyone of them could without the paper to reproduce the rate of content of the information that would be considered offensive. To quote the document verbatim, it is fine and will block the dissemination of “information, expressed in an indecent form <…> clear disrespect for society, the state, the state symbols, the Constitution and the organs of state power”.

This introduces an additional caveat that in this case, the dissemination of information should offend “human dignity and public morality”.

Senator and former Prosecutor Svetlana Goryacheva is concerned that such vague language will result in judicial tyranny. “It may be that in practice a court will understand and the other that way,” she said. Klishas said that the decision will be made based on the context and “depending on the intentions of the person”. “One and the same word can mean completely different things. This is called the subjective side, which is subject to analysis,” said the Senator.

Meanwhile, the minimum penalty for contempt of the authorities will be 30 thousand rubles (however, without administrative detention, which will be possible only in case of relapse). Third time offenders are going to be fined for the sum to 300 thousand roubles or arrest for the term up to 15 days.

Narusova, who spoke against the second law, noted that “the authority of the government must be earned”. But Klishas and then found the answer, noting that the law does not call for anyone to respect. It says that you cannot insult, and indecently, he added. “The Internet should become a public space in which to observe the rules of acceptable behavior,” said the Senator.

Colleagues Klishas in the ward did not object to the new standards. It was seen that impressed them the story about the punishment for allegedly similar violations in other countries, which not only fined tens of thousands of euros, but put in jail. “Right!”, again someone shouted from the audience, and then the senators with a calm heart have pressed the button “for”.