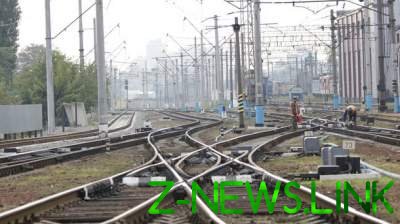 In the morning, 29 October, in Bakhmut under the wheels of a train killed people.

As reported in police, around 5 a.m. they received a message from the assistant station about the fact that the train commuter made arrival on the man who from the received traumas has died on the spot.

At the scene works investigative team, circumstances of incident are established and the identity of the deceased.

Increasingly, Bakhmut (Artemivsk former) is mentioned in the chilling crime reports. So, in September, the resident hacked his 8-year-old son with a kitchen cleaver.

The child died in the hospital.