Home / business / In the Donbas, the militants suffered heavy losses

In the Donbas, the militants suffered heavy losses 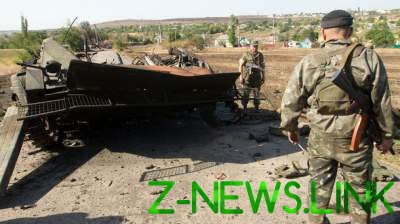 3 and October 10, confirmed losses of militants in the Donbas amounted to six people.

“Over the past weeks, the intensity of fire attacks by the Russian occupation troops in the Donbas on the positions of Ukrainian troops and settlements on the territory controlled by Ukraine has increased. The most intense fire strikes the enemy on the positions of Ukrainian troops near the settlements Lobacheve, Trehizbenka, Crimean, Hnutove, Talakovka, Water, Shyrokyne,” added IP.

We will remind, within the last day militants in the Donbas have concentrated attacks on Donetsk the direction with the active use of infantry weapons and a single mortar. This was reported by the press center of staff ATO.

The evening of 12 October was characterized by a couple of hour-long shelling by militants with the use of them different types of grenade launchers. Also used heavy machine guns and small arms. The shelling was carried out strongholds in Avdiivka area of the industrial zone. And about 19 hours, the enemy fired 6 min caliber 82 mm at the defenders Verhnetoretskom. In addition, weapons, infantry fighting vehicles and machine guns mercenaries employed near Luhansk. Night small arms of the enemy were working near the Heater.