The story of some of the mad Thriller, only everything is real. According to local media, the capital of Belgorod region around noon, an unidentified man drove into the car on Cathedral square, directly in front of the administration building, stopped, went outside, pulled from the trunk of a dead woman’s body, and threw him on the pavement. Having done all this, the man shot himself.

However, messages from different sources vary. Some media say that the unknown woman is killed right in the square, others clarify that he survived and was hospitalized with a gunshot wound.

Anyway, at the moment, the Central square cordoned off by law enforcement, police checks, interrogating witnesses.

The Network already has a video and several photos taken by witnesses on the scene after the arrival of the Ambulance and the police.

About the motives of this murder and public suicide while we can only guess. At first glance, this resembles at least a crazy case in Sosnovoborsk, where the man committed self-immolation at the end of last month. 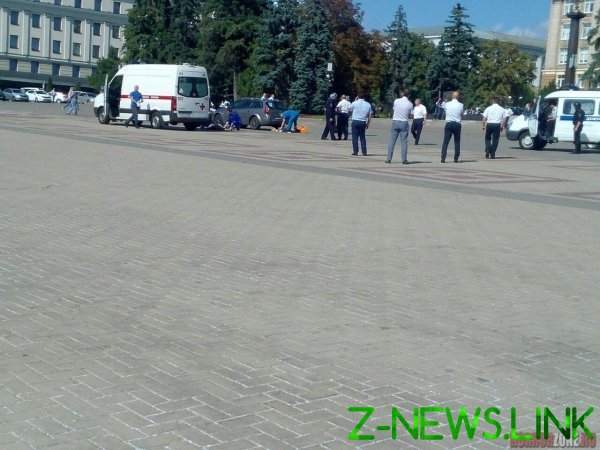 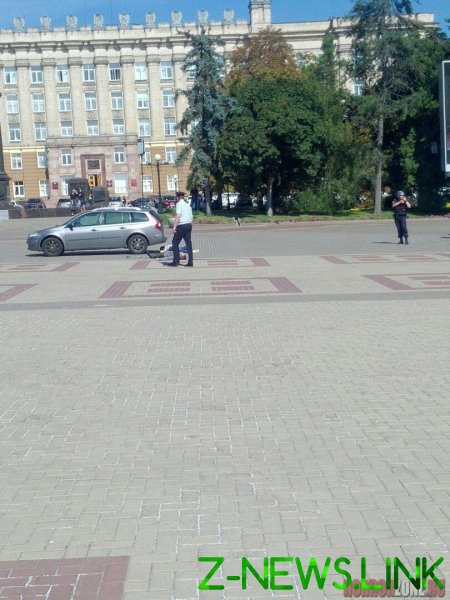