Home / business / In St. Petersburg, was severely beaten by the top Manager of “Gazprom”

In St. Petersburg, was severely beaten by the top Manager of “Gazprom” 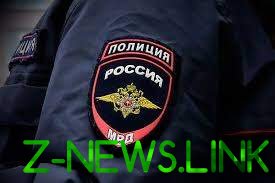 The victim is in intensive care with an open head brain injury.

Petersburg police are looking for two suspects who attacked an employee of the company “Gazprom”. On Friday, November 10, reported “Interfax” a source in law enforcement bodies.

According to him, the victim — head of project management division gas Corporation — was admitted to hospital with an open craniocerebral trauma and is in serious condition. The criminals beat him with rebar.

The attack took place on 9 November at about 19:30 GMT on Bogatyrskiy prospect, reported the press service of the Ministry of internal Affairs of Petersburg and Leningrad region. The police opened a criminal case on hooliganism. Law enforcement officers are studying CCTV footage in the house that could fix the attack, the source said “Interfax”.

See also: Baikal-blown military: there are dead and wounded

According to the St. Petersburg newspaper “Fontanka.ru”, two unknown persons waited until the victim will come to the door, and stabbed him multiple times with pieces of iron rebar. “Judging by the injuries recorded later doctors, criminals beat sighting, wanting it to “break” a person. So, the victim has an open head wound, multiple fractures of legs and arms”, — stated in the publication. Manager of Gazprom is in intensive care.