In space recorded the most powerful explosion since the Big Bang 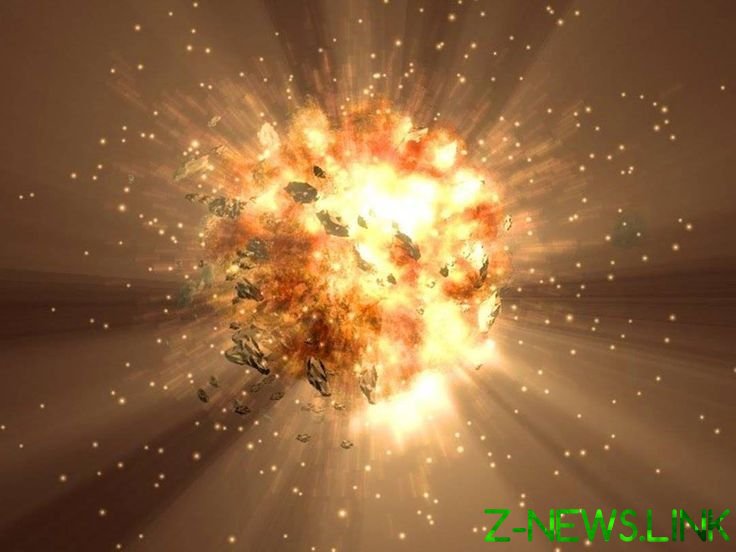 According to a study published in the journal The Astrophysical Journal, the scientists recorded an explosion five times more powerful than anything they have ever seen. But what could cause such a startling event? The likely culprit of the incident, the researchers called one of the most mysterious objects in the Universe – black holes. They not only seized the material, they throw it away. Looks like the release as the flows of matter in the form of heated jets or rays – the so-called jets. However, this “eruption”, usually in the hundreds or even thousands of times less powerful than the explosion occurred.

The big Bang discovered in the Universe marked by a white spot, surrounded by clouds of hot gas

As the researchers suggest, on the basis of data obtained by Chandra is considered a supermassive black hole thrown in different directions a few extremely powerful streams of jets. The matter in these jets often falls on the surrounding black hole matter. So the jets cut a giant cavity in the hot gas of the cluster.

Despite the fact that the news about the powerful explosion in the history of the Universe appeared in all the world’s media just now, the explosion was first discovered in 2016. Then the scientists noticed an unusual curved edge on one of the images accumulation of Ophiuchus, obtained with Chandra. The researchers suggested that the picture was the wall of the cavity created by the jets of the hot gas. But this assumption was rejected, as researchers found that the formation of such a cavity requires a huge amount of energy. Anyway, today scientists have reached a consensus in the cluster of galaxies Ophiuchus has been truly unprecedented event, namely the unprecedented power the ejection of matter from the depths of a supermassive black hole.

However, the questions the researchers are still. As in similar cases in the images seen from the opposite region from the black hole side, the reason why the resulting images visible to only one area of the radio emission is unknown.