Home / business / In Russia, the six inmates cut their veins

In Russia, the six inmates cut their veins 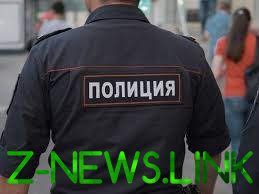 At this step, the prisoners went from the extended measure.

Six people involved in the case on hooliganism, opened his veins at the Moscow city court for extension of detention. On Friday, November 17, reported RIA Novosti news Agency the lawyer of one of defendants in the case, Merab Theloan.

“My client Umar-Haji Minister and five others have just cut his wrists in the Moscow city court in protest against the extension of his remand for over 2.5 years”, — said Theloan.

According to the lawyer, his client is charged with disorderly conduct. “It was in 2015 in the restaurant “Tanuki”, they allegedly insulted the Chechen, there was a fight,” added the defender. He noted that two years have already passed, and it still can’t investigate and extend the defendants arrest.

October 19 it became known that in Novokuznetsk, Kemerovo region sentenced for the murder of a homeless man has it in his head nail in the courtroom.