Home / business / In Russia, the boxers took five million men, after beating him

In Russia, the boxers took five million men, after beating him 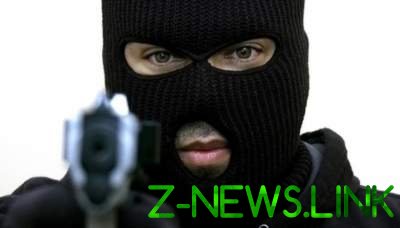 The boxers themselves came from Moscow.

Police Chuvashia detained two athletes Muscovites suspected of robbing men leaving the Bank. The criminals beat the victim and stole several million rubles, the proceeds from the sale of the apartment.

“To arrest the alleged thieves were attracted fighters of Regardie. During the search investigators seized a traumatic gun and about 900 thousand rubles”, – reports the official website of the Republican interior Ministry.

Under the strengthened escort of detainees boxers brought from Moscow to Chuvashia. “Against professional athletes successfully performed at various competitions, a criminal case for robbery in especially large size”, – stated in a press release.

Detainees were not familiar with the victim, but probably acted on a tip. Police are working to establish the identity of the organizer of the robbery.

Daring crime was committed in August of 2017. “No sooner had the man out of the Bank branch on Moscow Avenue in Cheboksary where took out of the cell the money raised after the sale of the apartment, as it ran over two young people, – told in police. Attacks intruders was so powerful that even physically strong Cheboksari not stand on my feet”.

Although the victim tried to release the bag from the hands of the robbers took her and disappeared. In the hands of men was only the handle of the bag. It experts have found important clues. The damage from the robbery amounted to 5.5 million rubles.

The suspects in the robbery was a professional boxer from Moscow.

“The attackers were very strong beefy guys,” said Deputy chief of the criminal investigation Department of the Ministry of internal Affairs of Chuvashia Andrey Ivanov.