In Russia student killed himself with a knife at recess 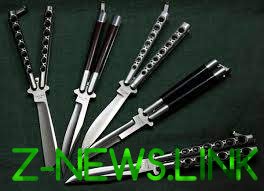 The boy was playing with a knife and accidentally stabbed himself in the chest.

14-year-old student from Volgograd died, wounding himself with a knife in the chest during recess. It is reported by WREN.TV.

According to students, the boy for several days, brought to school a knife,”butterfly”, arranging the change of the game with melee weapons. When the knife stuck him in the chest, he hurried to the bathroom, holding his bleeding wound.

Despite all the efforts of the school doctor and the medics arrived intensive care, the teenager died. As reported in the SU RF IC for the Volgograd region, on the given fact criminal case is brought. The actions of the leadership and teachers of the school where the incident occurred, will be given a legal assessment.

“Butterfly” with traces of blood was found on the schoolyard. The investigators have to figure out how edged weapons were outside of the school.