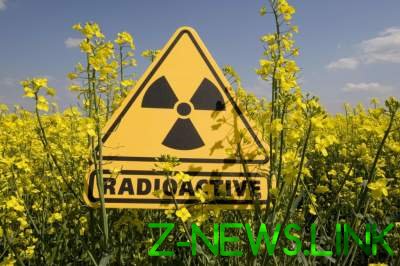 Informed about the pollution reported by scientists in Germany and France.

Russia has officially confirmed the release of radioactive substances retuni-106 in the Chelyabinsk region in the southern Urals, which was stated earlier, scientists in Germany and France.

Relevant information is contained in the Bulletin about the radiation situation on the territory of Russia in September 2017, published by the Federal service for Hydrometeorology and environmental monitoring of Russia, reports the online newspaper Sign.

Staff members of Roshydromet have recorded an increased content of ruthenium-106 in samples taken in one hundred km zone around the plant “Mayak”. In this enterprise, in particular, is the reprocessing of spent nuclear fuel.

In the table on the website of the office of pollution is characterized as “extremely high” and “high”.

In Roshydromet noted that in late September and early October made it possible for the active transport of air masses and pollutants from southern Urals other regions of Russia and Northern Europe.

Greenpeace notes that according to the French Institute IRSN, could be thrown from 100 to 300 terabecquerel activity of ruthenium-106. The allowed annual emissions of the plant “Mayak” in the amount of its daughter isotope of rhodium-106 in 10 thousand times less than 300 terabecquerel.

In case of such accident, is estimated to IRSN, it is necessary to protect people within a radius of several kilometers from the place of emission.