In Russia again will be allowed to fly to Egypt 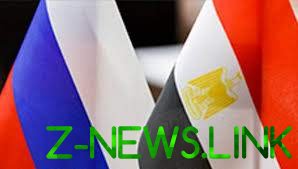 This was stated by Vladimir Putin after talks in Egypt.

This was stated by Russian President Vladimir Putin said after talks at the highest level in Egypt.

“The security service of Ukraine reported to me that in General we are ready for the opening of direct flights between Moscow and Cairo,” said Putin after talks at the highest level in Egypt.

According to him, this situation requires the signing of a relevant intergovernmental Protocol.

“We will strive to ensure that it was signed in the nearest future”, – Putin said.

He noted that after the tragedy in the skies over Sinai, the Egyptian side has done much to improve the level of security at airports.”

In turn, Minister of transport Maxim Sokolov said that the Russian government is ready to sign a Protocol on air communication with Egypt.

“This is primarily dependent on the Egyptian side. The Ministry of transport and the Russian government we will be ready to do it this week,” he told reporters.

Recall, Russia stopped its flights to Egypt in November 2015 after the collapse of the Sinai to the plane of the Russian airline “Kogalymavia”. On Board, flying from Sharm El Sheikh to Saint Petersburg, there were 217 passengers and seven crew members, they all died. The FSB subsequently acknowledged the incident a terrorist attack.

Answering a question, which airlines of the two countries can make flights, the Minister said: “From Egypt, obviously, is Egypt air, although I would recommend to check with them. We have on this line by the company “Aeroflot”.