Home / WORLD / In Romania, the Russian TV channel has not issued a license because of the threat of fakes

In Romania, the Russian TV channel has not issued a license because of the threat of fakes 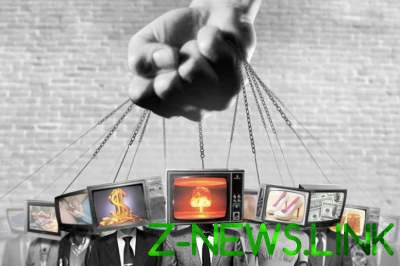 The Romanian government was afraid of the emergence of false news.

The Romanian national Council for television and radio refused to grant a license to broadcast in the country the Russian TV channel “RTR” (“Russia-1”). For this decision voted by all nine members present at the meeting of the members of the Council.

“There is a danger that this channel will be feeding false information about the European Union and the United States. We are talking primarily about Pro-Russian propaganda materials about the so-called fake news,” said a member of the National Council on television and radio Romania Valentin Beetle.

His colleague from the National Council Dorin Rusu reminded the audience that the same channel broadcasting on the territory of the Republic of Moldova has been repeatedly fined for biased coverage of events, including events in Ukraine, as well as for Russian and anti-European propaganda.

The leaders of the channel, in turn, intend to appeal against the decision of the Council.

Recall, October 2, in Lithuania came into force on the semi-annual ban on retransmission of Russian channel “TVC”. The reason for the ban incitement to war and incitement to hatred.

In addition to the territory of Russia, broadcasting spreads abroad the TV channel “RTR Planeta” on the CIS countries and Western Europe, middle East, USA. Is one of the so-called “mouthpieces of Russian propaganda.” Forbidden to relay in Ukraine.

The TV channel “Russia-1” is the first multiplex of digital television DVB-T2.