In Pompeii found the image of the ancient “fast food” 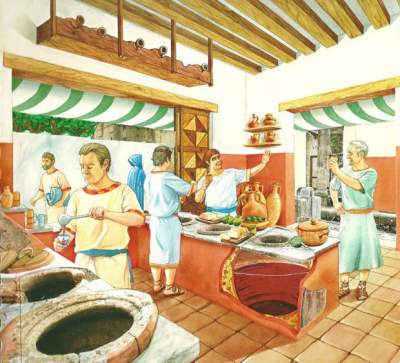 It is known that institutions with fast food in Ancient Rome were called thermopolyae. They were served hot food with spicy wine.

Thermopolia were distributed throughout the Empire. Their remains are found in Rome, Pompeii, Ostia, Herculaneum, and well-studied. More than 150 termopilas, or eateries scattered throughout the city, mainly used by the poorer inhabitants, who rarely had a kitchen in his house to eat or drink.

A typical menu consisted of rough bread, salted fish, grilled cheese, lentils and spicy wine. The poor were supported by a piece of bread and a handful of olives.

Thermopolia were placed in small rooms that went outside the counter. Meals were warmed in large vats built into the counter. Visitors ate standing up.

Wealthy citizens and aristocrats of thermopolyae disdain. Restaurants for a decent audience in Rome was not, tradition ordered to cook and eat at home.

It is worth noting, Regio V, which is not yet open to the public, is the most intensive excavation in this area since the 1960-ies. 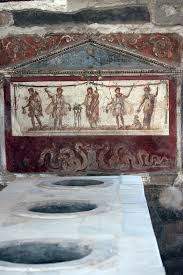 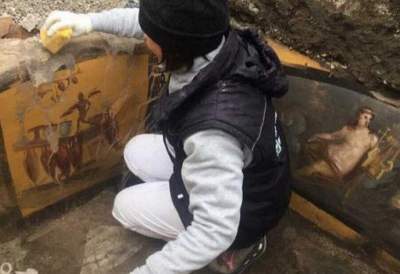 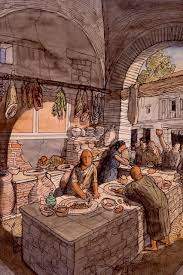