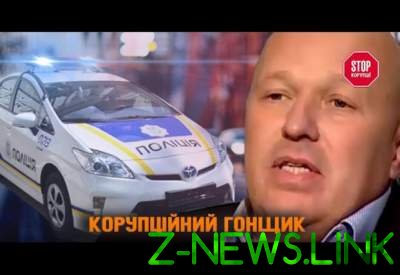 Skosarev Igor told the press that he had paid a certain sum of money to get the mandate of people’s Deputy.

The former MP was travelling on a car his mother-in Audi A8, if it was the series “BP” – those issued to deputies of the Verkhovna Rada, without the right to transfer to third parties.

Former MP could not explain how his mother was a schoolteacher working on a car and got these numbers.

The publication also wrote that the former MP tried to bribe the patrol with an unspecified amount of dollars after the demonstration Deputy certificates “don’t work.” After the failed attempts of bribery Skosarev Igor tried to escape, but was arrested.

Earlier Skosarev Igor told the press that he had paid a certain sum of money to get the mandate of people’s Deputy. Money he took, and at the same time, according to press reports, were not returned. On the fact of bribery 5 years ago, criminal proceedings were opened, but no data on the investigation yet.