Home / Video news / In Kiev introduced a replacement for the Kalashnikov. Video

In Kiev introduced a replacement for the Kalashnikov. Video 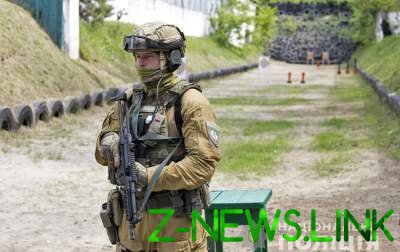 Instead of Kalashnikovs of the Ukrainian police armed with German submachine gun MP-5.

In Kiev on Wednesday, may 15, introduced new weapons for the National police, the press service of the Ministry.

According to the head of national police of Sergey Knyazev, in terms of reforming the law enforcement system, the question of re-equipment is of the highest priority.

Unlike AK, MP-5 is the weapon of a preventive nature, which is designed to stop the offender, saving his life.

“The Kalashnikov is the weapon that you need to soldier in the army. He intended to destroy the offender. A new type of weapon has a preventive character. A policeman who uses weapons as a last resort, have to stop the offender, give him the right to life, and then to bring him to criminal responsibility,” – said Knyazev.

He also added that the MP-5 used by law enforcement in many countries, in particular Germany, Austria, UK, France, Italy and even the United States.

“Soon all the outfits of the national police who serve on the streets, in airports, at train stations – will be provided with new weapons – submachine gun MP-5,” – said the head of Department.