Home / Video news / In Kiev, a few districts were enveloped in the mysterious smoke. Video

In Kiev, a few districts were enveloped in the mysterious smoke. Video 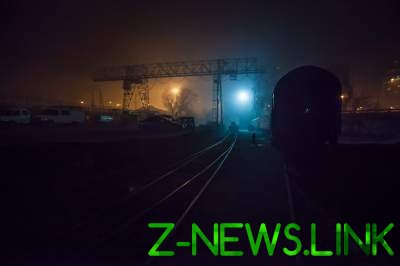 In Kiev in Solomenskiy Obolon district and formed a light smoke and smell of burning.

In Solomenskiy district, near the registry office formed a strange “cloud”. In social networks Kiev, writes that “in captivity” also Povitroflotskyi Avenue. Especially a lot of smoke near the eponymous bridge. Some users assume that the smell is similar to burnt peat. There is also information that day on Borshchagovka burning building.

“Around 19:30 employees of gschs arrived at the intersection of cascade Avenue and Vozduhoflotsky. There, according to Kiev, the smoke was more likely. The fire could not be determined. The reason can be what is near.-D. the station, where heated cars before night travel,” — said the chief specialist of sector for media relations Alexander Makushenko.

Also smell of burning is present in the Obolon district of Kiev. A journalist Informant asked the inhabitants of the North of the city, but people don’t know what it could be. “Near the metro station “Minsk” slight smell of burning, and “Obolon” light smoke fog. Perhaps someone in the private sector, burn the trash,” says resident Obolon.