Home / Game / In Cyberpunk 2077 will not be micropayments

In Cyberpunk 2077 will not be micropayments 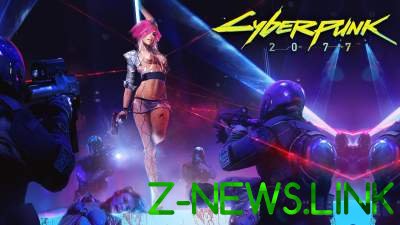 In Cyberpunk 2077 will not be any hidden pitfalls.

Like it or not, but lately microtransactions and the idea of video games as services seems to be completely captured the minds of the major publishers that seem to sleep and see how to lure players more money (Hello, Star Wars Battlefront II and Call of Duty: WWII!). And if Electronic Arts and Activision can still expect something like that, CD Projekt RED surprised many fans when talking about “long term” profit.

In a recent interview with Polish newspaper Strefa Inwestorów General Manager of the Studio Kicinski Adam (Adam Kiciński) shared their intention to make the coming Cyberpunk 2077 in “more commercially successful” game than The Witcher 3: Wild Hunt. In this case, for “long term success” in the project, they say, necessarily (at least “highly recommended”) should be online mode.

Of course, the most worried of the guys immediately saw the words Kazinskogo insidious desire to enrich themselves at the expense of a micropayment above. The more that CD Projekt RED has already confirmed that the production of Cyberpunk 2077 is costing her a pretty penny.

Luckily, the Polish video game developers still remain true to their principles. Today, the official “Twitter” the company tried to pacify the fans and stressed that Cyberpunk 2077 will not be any hidden pitfalls. You will receive exactly what you paid: “no lies, just an honest game like The Witcher 3: Wild Hunt. A huge single player RPG with single mode and open world”. And greed the team of CD Projekt RED type “other reserves”.