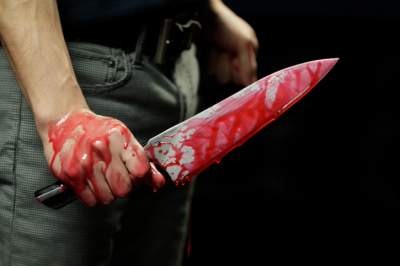 Terrible discovery found the grandfather of the landlord.

In Cherkassy police station received a call, a local resident reported that in the apartment of his own grandson, he found a dead body. The body had obvious signs of violence. At the scene went to law enforcement officials.

It was soon established that the victim was a 35-year-old resident of Cherkasy, who lived in the apartment together with the owner. Near the bed militiamen found the f-1 grenade without fuse. The door to the apartment was locked from the outside, but the owner has a few days did not come home. About it reported in head Department of National police region.

All these facts prompted by the fact that the 30-year-old owner is related to the incident and he was declared wanted. Man found on the streets of the city. An attacker confessed to the crime: the day of the murder he and his friends drank alcohol; the victim fell asleep, then woke up and staged a fight. The quarrel escalated into a fight, during which the owner of the apartment with his 50-year-old friend struck the victim multiple stab wounds. The injury has led to death. The malefactor was detained and under investigation.